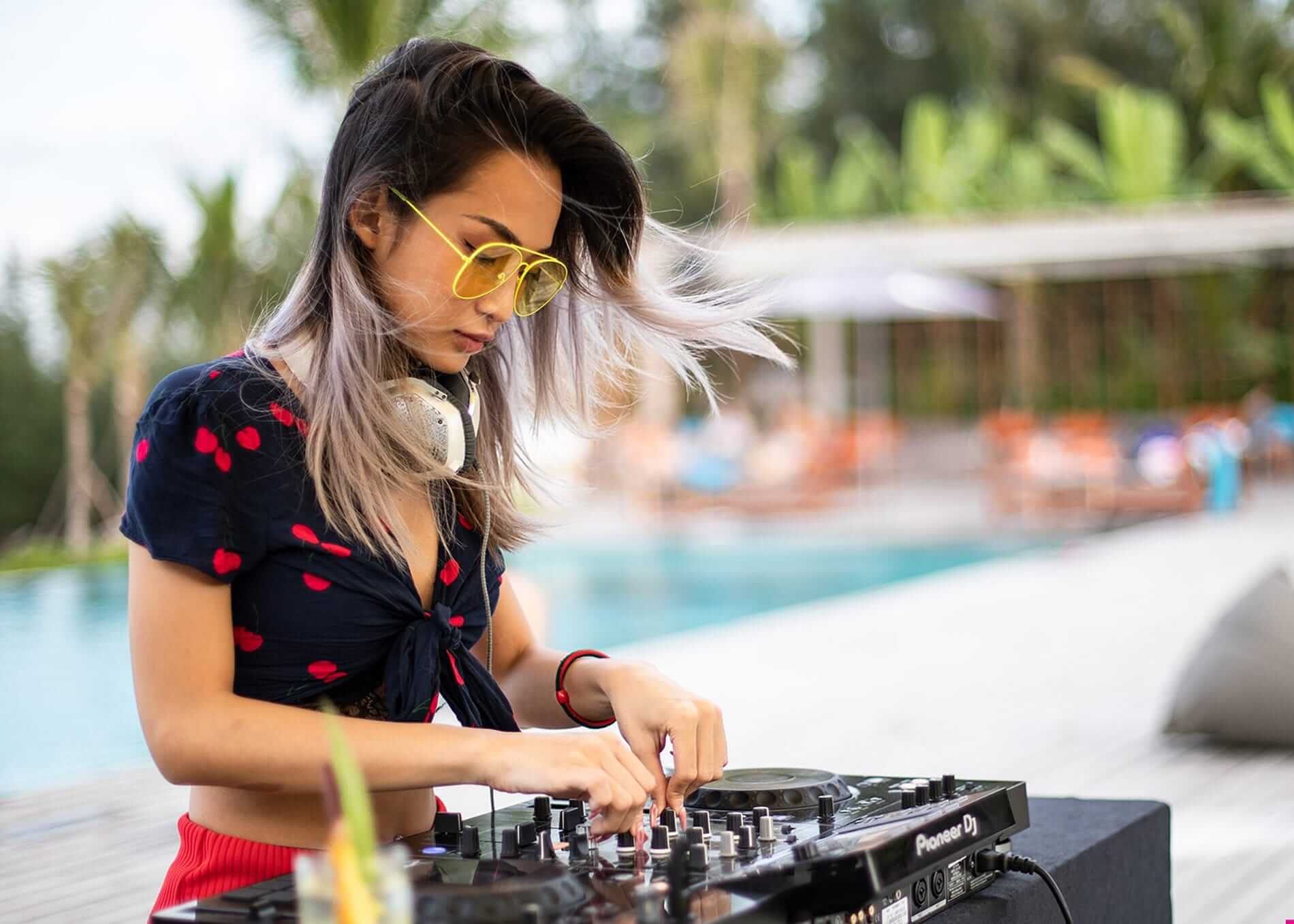 Hoi An Nightlife – The Best Bars and Clubs

There is much more to Hoi An’s seemingly low-key nightlife than meets the eye. Many of the Old Town’s bars close before midnight. But beyond Hoi An’s quiet lantern-lit streets and mustard-yellow lanes, the excitement of a growing underground nightlife scene is palpable.

Although Hoi An is in no way Vietnam’s party mecca just yet, what is lacking in choice is made up for in quality. Many of the best hotspots refrain from becoming ‘just another backpacker bar’.  So they’re staying away from playing the typical commercial music found in many Southeast Asian bars.

Late-night revelry in Hoi An isn’t hard to find once you know exactly where to look. Read on as Hidden reveals the top nightclubs, beach bars and events where music-lovers can dance from sunrise to sunset to groundbreaking electronic music from global DJs.

Hoi An is home to a great selection of romantic cocktail bars, speciality craft beer pubs and quirky live music venues to name just a few. The majority of which close at around 10:30 p.m. Check out our article on Hoi An’s Best Bars for more details.

So where can you go to experience more of Hoi An’s nightlife once the bars in the Old Town shut? A small handful of seriously good bars located near the centre and the beaches stay open until the early hours for late-night parties.

Nightlife in Hoi An – the Late Night Parties

With bonfire nights every Monday, Tuesdays dedicated to free latin dance classes, open mic nights on Thursdays and techno beach parties with talented Djs bringing in the weekend every Friday. Kukun offers a variety of nightlife revelry for travellers to Hoi An and expats alike.

Kukun is the perfect option for music-lovers. A laptop and speaker setup is used at many of Kukun’s events, putting guests in charge of the playlist. Allowing you to dance around the bonfire under the starry night sky to the sound of your favourite music.

Special drinks deals on beer and cocktails are on offer at each event and reasonably priced local spirits and craft beers are available. The beachfront location means you can turn an afternoon of sunbathing into a party night that takes you right through to dawn.

Serendipity is well-known in Hoi An for its nightlife. It is a party hostel located within walking distance from the centre of Hoi An and the only hostel in town with its own private nightclub. In their own words, Serendipity “elevates the basic nightclub experience, taking travelling to another level with in-house and pro DJs.”

This is the place for travellers looking for something more than a typical backpacker nightclub but with a similar like-minded crowd. On Wednesdays and Sundays, the onsite nightclub hosts an underground music event, which begins with R&B and hip-hop before turning into a techno as the night gets later. These events are known to draw an eclectic crowd from all over town, meaning you will get to experience Hoi An’s party scene through the dancing shoes of backpackers and locals alike. Due to popular demand, there are plans in place to open up the nightclub five nights a week so watch this space!

Free beer is on offer at the hostel from 8 p.m to 9 p.m followed by a game of musical bingo until 10 p.m to warm up before the club opens at 11 p.m. The resident in-house tattoo artist makes regular appearances. Mexican food is available from the restaurant until 10 p.m and a late-night banh mi stand is conveniently located just outside.

Located on the ‘new’ side of An Bang Beach, Moyo Beach Club bills itself as the place for quality beach time and Hoi An’s best beach parties. The location could not be better, however being such a new venue, the party claim is yet to be proved. Regular live music nights support DJ sessions and themed events such as the ‘Swing Vs Hip Hop Party’. The terracotta hued walls and suitably tropical decoration have already made Moyo a hit on Instagram. Add the huge deck, beachfront pool and sound system and you have all the elements needed for a good party venue.

Nightlife at Hair of the Dog Bar Hoi An

Due to the huge success of the Hair of the Dog bars in Da Nang, Hanoi and Saigon, the brand’s newest nightlife location opened in Hoi An in early 2018.

The nightly parties at Hair of the Dog, feature neon painted walls and a top-quality lighting system. A favourite amongst backpackers and young Vietnamese locals thanks to the cheap drinks and popular music.

Hidden Hint: Be aware that unsafe balloons filled with laughing gas, known as happy balloons, are sold at many backpacker bars and nightclubs.

Similarly to Serendipity, a free shuttle service is available for guests to travel the short distance back into the city centre. Both clubs work as an unofficial after-party for Tribee hostel guests and visitors at the hostels’ weekly pool and paint parties.

The riverfront area across the bridge on An Hoi Islet  just opposite the Old Town is known as the backpacker strip. So it’s here that nightlife and happy hours seem endless and stumbling travellers are out in full force.

Of the small number of backpacker bars on offer, only a handful stay open past midnight. While you enjoy a discounted bucket of alcohol at Funky Monkey, which stays open later than most of its neighbouring bars, you’ll see staff from Tiger Tiger with megaphones guiding eager travellers to the next open club, Tiger Tiger 2, once the main bar is closed.

The commercial music is not the most revolutionary.  But these bars are a great place for fellow backpackers to meet and have fun, so long as they remember to drink responsibly.

Hidden Hint: Unlicensed motorbike taxis prevalent outside backpacker hotspots on An Hoi. Stay safe and avoid these by using official Grabs to get back to your accommodation.

Hoi An has plenty of great hostels catering to whatever you want to get out of your stay, including partying! So whilst Hoi An is known for its protected UNESCO Ancient Town and bespoke tailors, it matches this rich culture with a thriving party scene. In other words hostels throughout the city host party nights with drinking games, music and bar crawls.  Some even have their own nightclubs! Hidden had the tough job of testing out the thriving party hostel scene.  So here’s what’s on offer for when you have shapes to throw and beer to drink!

Hoi An’s largest hostel chain Tribee comprises of five sociable backpacker hostels.  All of which have plenty going on if you are looking to party. For instance, Tribee Kinh, Cham, Bana, Ede and Cotu all have beer pong and drinking games on a Monday.  These can easily lead to a bar crawl afterwards (especially when you count in their daily free rum and coke!) Each Tuesday and Saturday Kinh, Ede and Cotu also have pre-party events for the large Neon Paint Party at CocoCha.  This includes free neon paint, drink deals and a free shuttle bus to the main event (see below for more details).

Hidden Hint: Tribee Ede has a free shuttle bus to the Neon Paint Party at 9:30.p.m and Tribee Kinh from 10.p.m

CocoCha is a hostel with its own private swimming pool and nightclub.  Therefore it really does offer a great night scene, hosting a weekly Neon Paint Party and Pool Party. The Neon Paint Party runs every Tuesday and Saturday, with live DJ’s playing house, hip hop and techno until late.  There are great drink deals (and free drinks if you are lucky!) The party is advertised around Hoi An, with all Tribee Hostels also going. Therefore making it a great place to party with other backpackers. Every Friday there is also a Pool Party starting in the afternoon and finishing late.  There’s more great drink deals, a chilled beach party vibe and live DJs.

Vietnam Backpackers Hostels are the largest hostel chain throughout the country, known for their social atmosphere and party vibe.  And similarly with the Hoi An branch it’s no different! The hostel hosts nightly events from pool parties to a pub quiz.  They are always followed by a nightly bar crawl ending at Hair of the Dog (see above). Expect great drink deals, plenty of events and DJs!

Hoi An’s underground nightlife scene is visibly expanding. A testament to this is the fact that the best late-night bars, events and beachfront clubs have all been relatively new additions to Hoi An since 2018.

The increasing demand for venues to offer more than a typical backpacker bar has been met in Hoi An by a variety of exciting nightlife options. Electronic music fans can appreciate world-class DJs while dancing on the beach at Kukun. For backpackers, Hair of the Dog and Serendipity have changed the game in the centre of Hoi An.  They offer something of a higher quality nightlife than the bars on An Hoi.

Real music-loving travellers, expats and locals alike, have more nightlife options than ever before.  So it’s just a matter of choosing a place to party the night away into the early hours, once Hoi An’s Old Town quietens down. 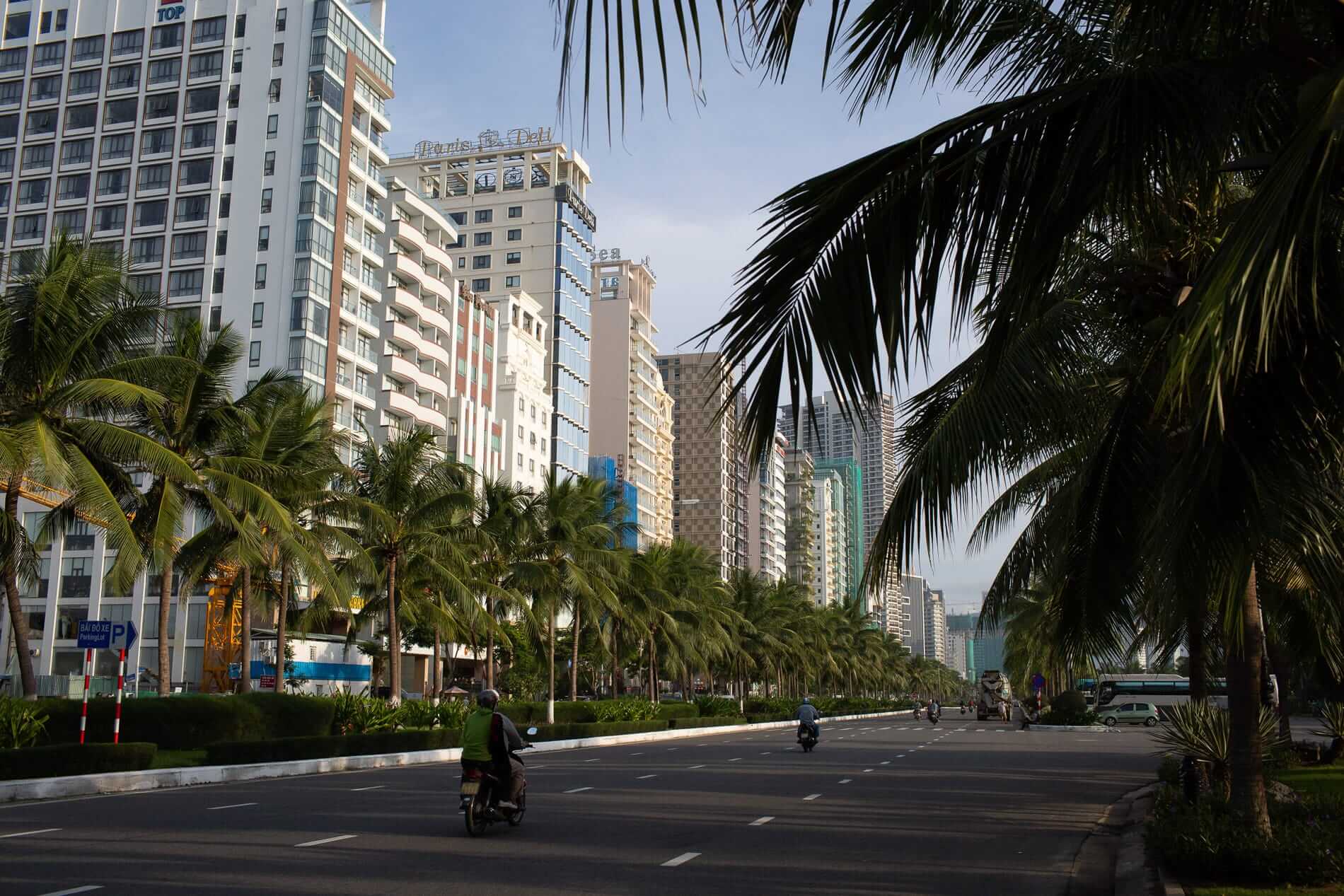 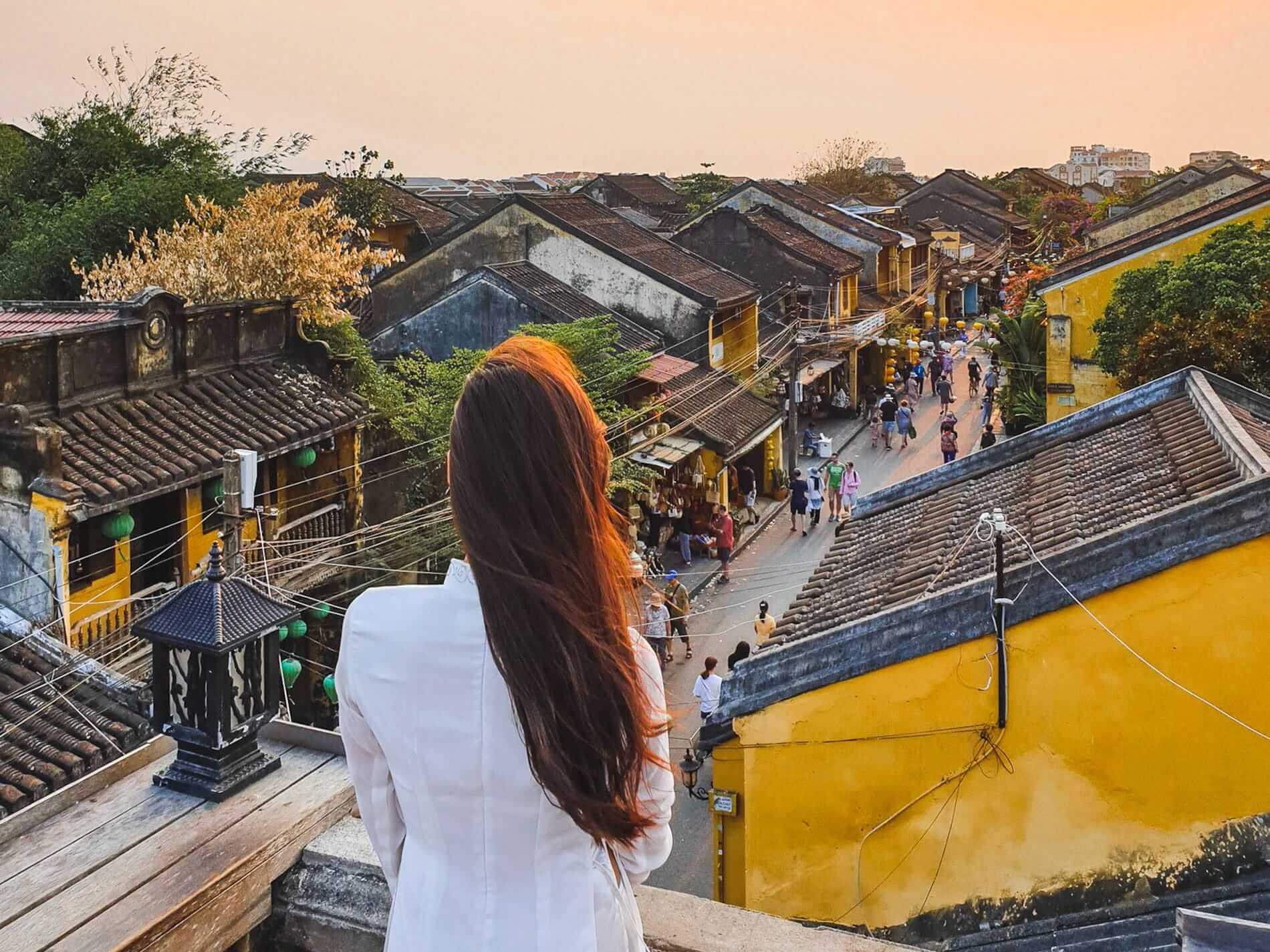 Best Time to Visit Hoi An 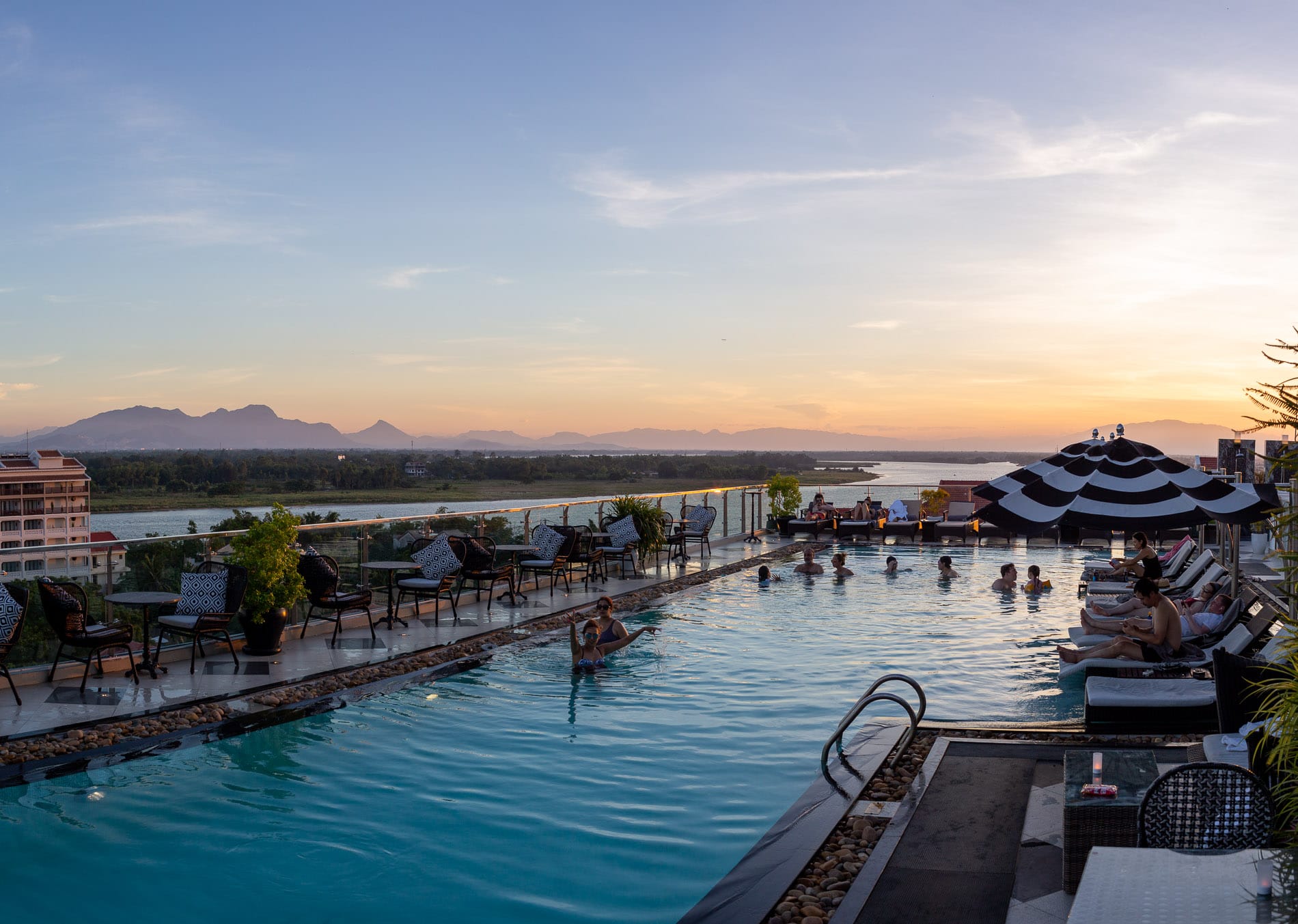 The Deck – Highest Rooftop Bar in Hoi An