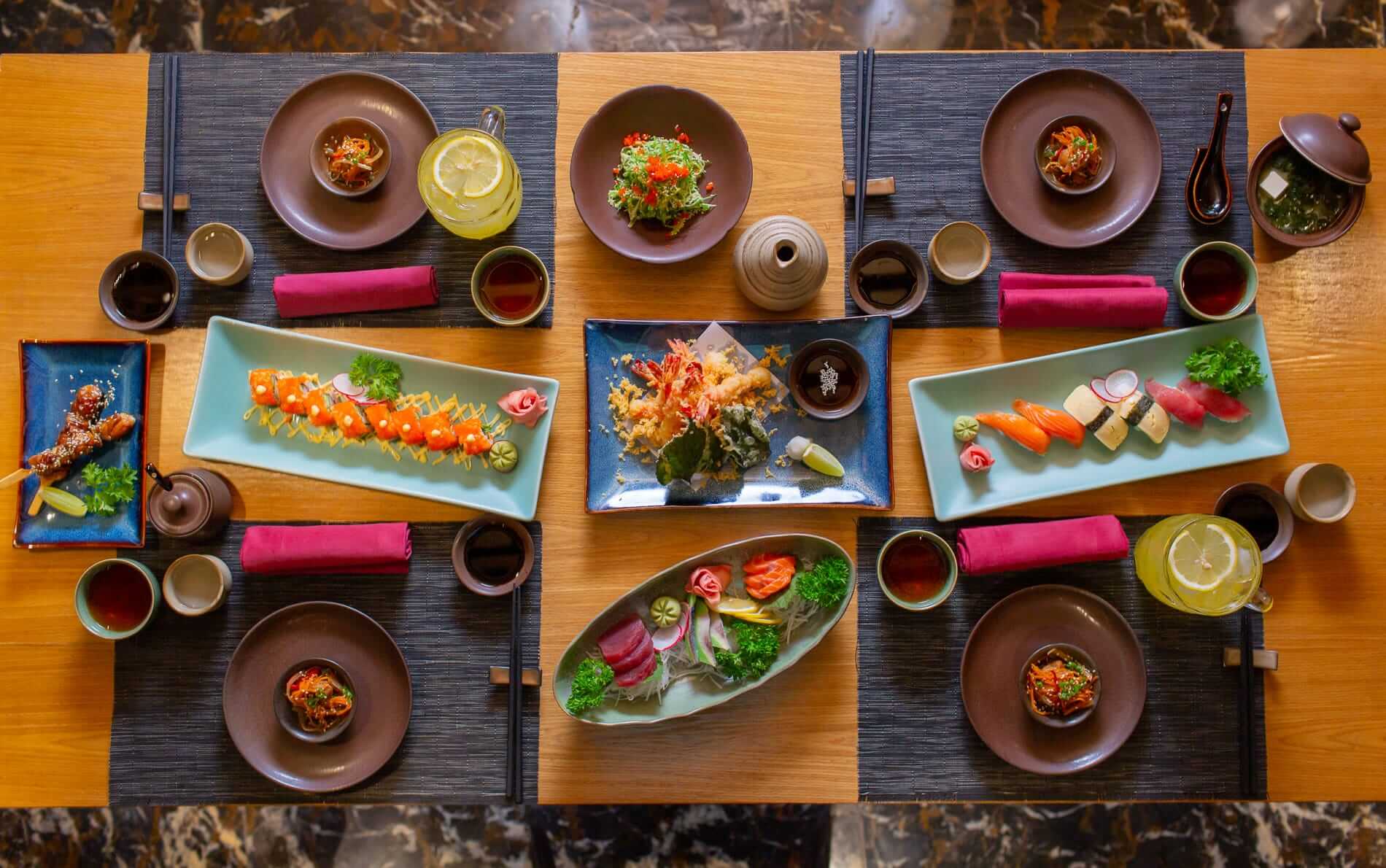 When weighing dinner plans in Hoi An, you might be pleasantly surprised by the presence of the Wakaku, a high-end Japanese restaurant, among the more expected Vietnamese and Western fare. This makes sense when you understand that one of Hoi An’s most distinguishing characteristics is the external influence it received during its time as Vietnam’s most prominent port of trade.

From the 16th to 18th century, Hoi An was host to countless international trading partners, building strong cultural and economic ties with several foreign countries, especially Japan. During these centuries of commercial flourish, Japanese influence began to take hold in the architecture and cuisine of Hoi An. However in the closing chapters of Hoi An’s era of commercial excellence, much of the Japanese influence in Hoi An was lost by the destruction caused during the Tay Son Rebellion. 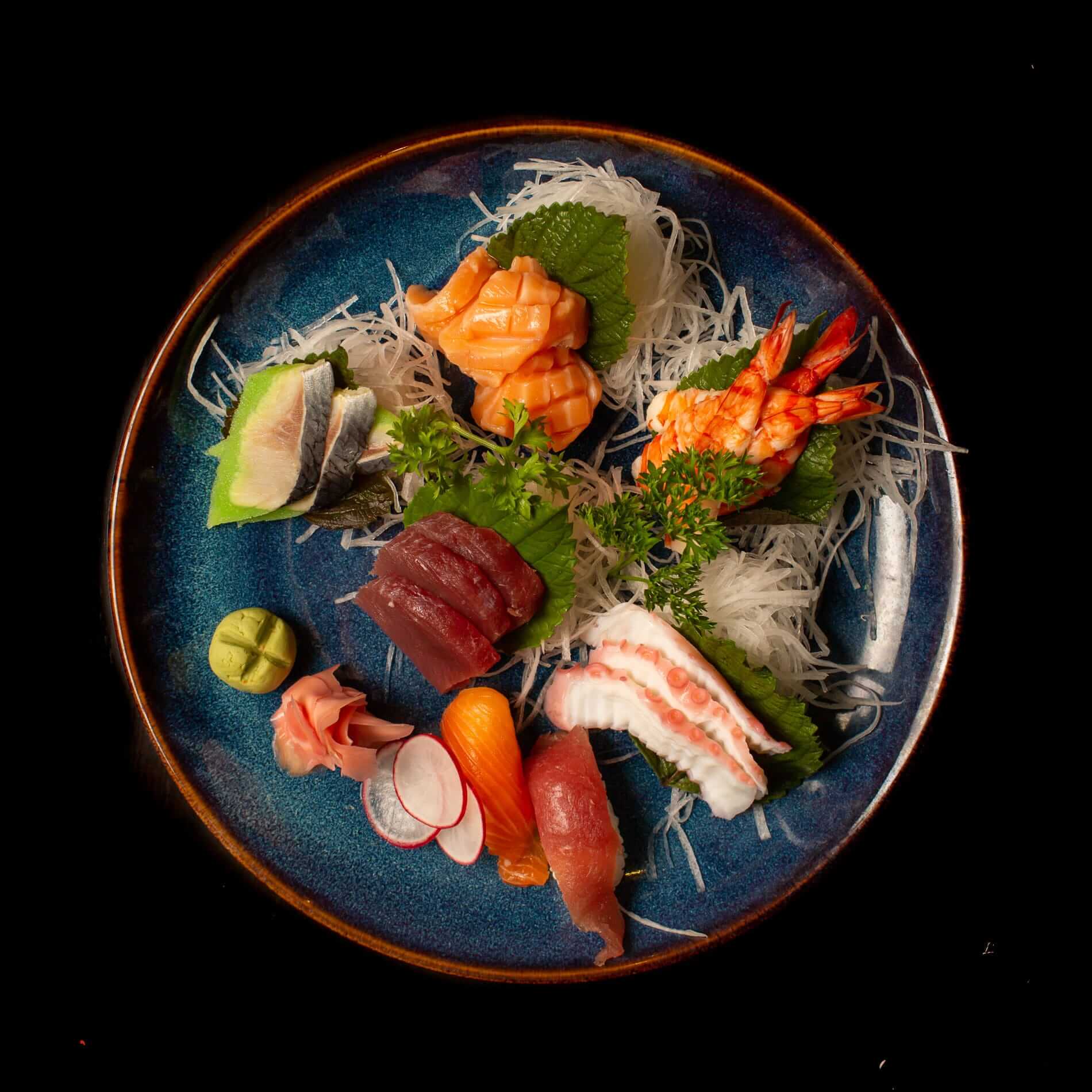 Fortunately, the romance of Hoi An’s centuries of abundance is captured within the Hotel Royal. A boutique hotel inspired by the love story of a Japanese merchant who marries a member of the Vietnamese aristocracy.

According to the 17th-century tale, Araki Sotaro, a wealthy silk merchant from Japan, fell in love with and wed Ngoc Hoa, adopted daughter of the King of An Nam, a region known as Wakaku in Japanese. Though not a princess proper, Sotaro’s wife came to be known as Princess Wakaku upon her arrival in Japan. As one half of Hoi An’s oldest love story, Wakaku is the namesake for one of Hoi An’s finest Japanese restaurants.

The Wakaku Restaurant is easily one of Hidden’s top choices for high-end dining in Hoi An. The modestly sized restaurant is just far enough away from the Ancient Town to escape the hustle and bustle of the city. Its interior offers a variety of seating options ideal for an intimate evening, a group celebration, or even just a quick sampling of fine Japanese cuisine.

You will be hard pressed to find another restaurant offering both the quality of food and the ambiance of the Wakaku in Vietnam. Stepping into the Wakaku Restaurant from the newly-added street entrance is like being transported to a desert oasis. Where there was once Hoi An’s relentless sun beating down on weary travellers, there is now a cool breeze and the colours of autumn. The familiarity of a cosy Japanese restaurant – a vacation from your vacation. 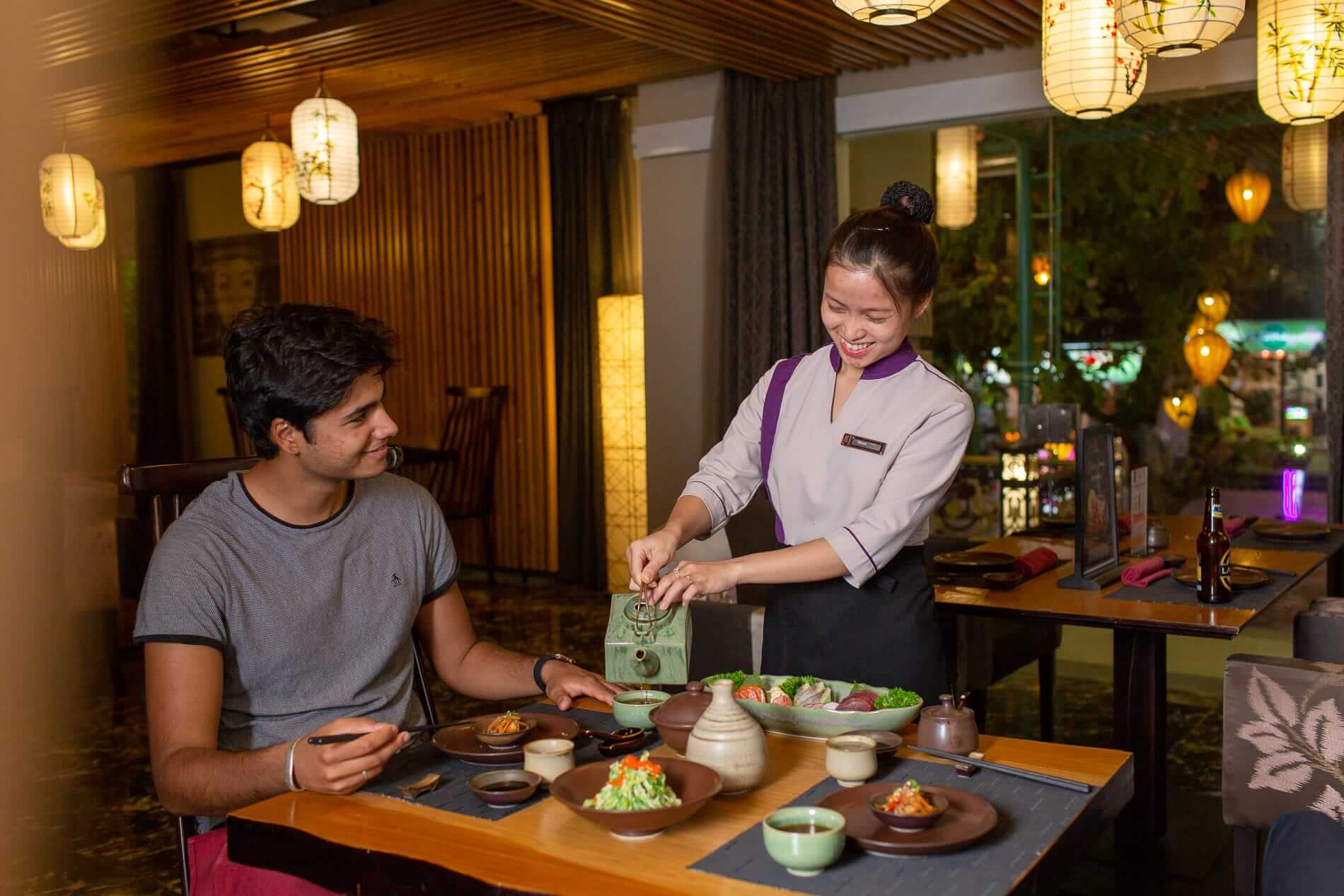 Design and Ambience of the Wakaku Restaurant

Upon entering the Wakaku, you can’t help but be aware of the subtleties that differentiate it from the rest of Hoi An. While it’s true that there are lanterns and bamboo decor, the lanterns are distinctly Japanese in design and the bamboo slats are crafted to emulate a modern Japanese aesthetic. While pieces of Hoi An find their way into the Wakaku, you definitely get the feeling that you’re no longer in Hoi An proper – a welcome reprieve after a long day of enjoying the beach. Even its menu is an immediate comfort to Western sushi lovers. 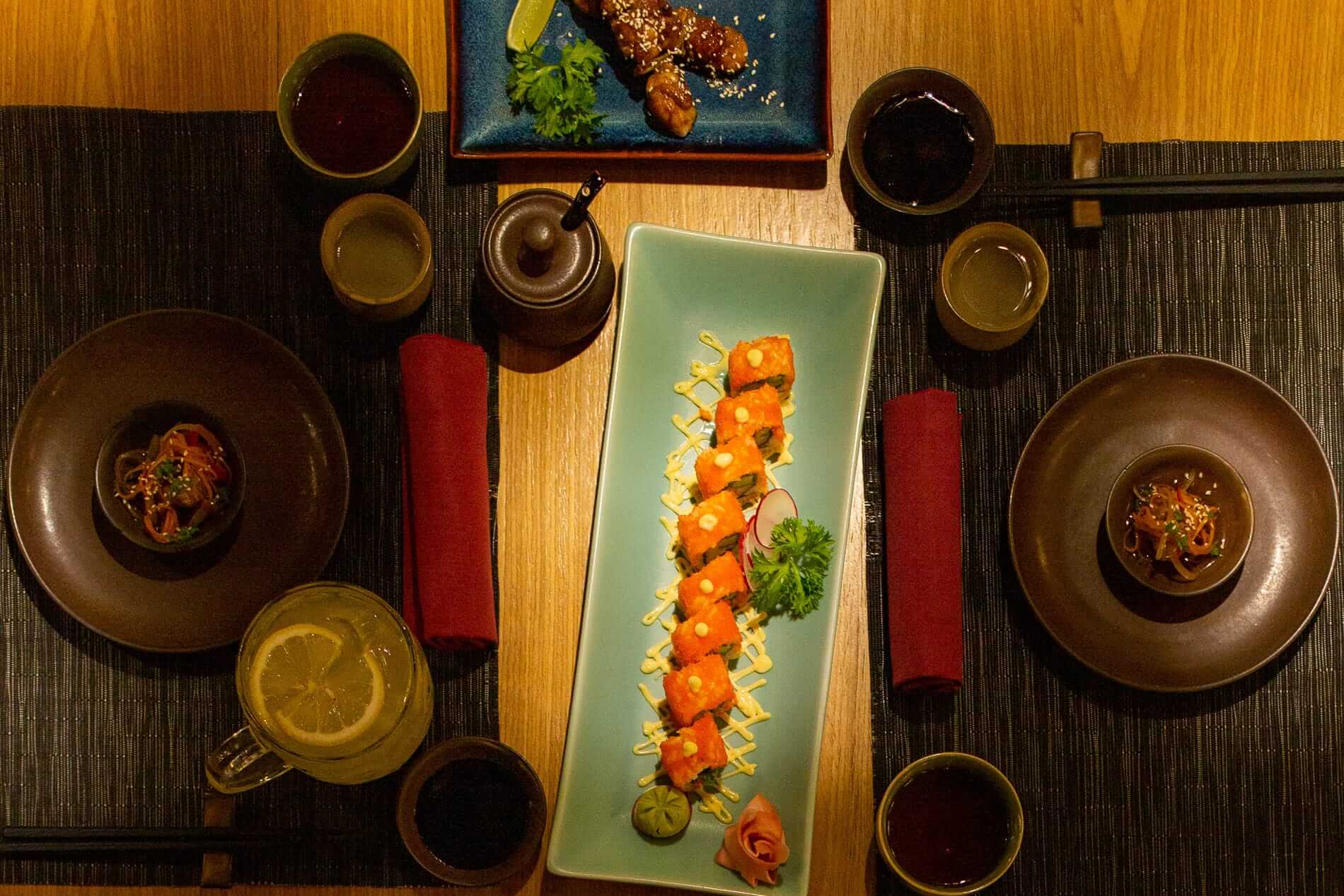 The Wakaku offers an intentional selection of well-executed, always-fresh sushi. Their dedication to sourcing fresh, high-quality fish, ensures you have a divine sashimi experience whether you opt for traditional favourites like tuna and salmon, or something more exotic, like their pressed flying fish roe. Their sashimi selection also includes cooked options like prawns and octopus with the perfect texture – tender with just the right amount of spring. Naturally, their adherence to quality ingredients means delicious nigiri, handrolls, and traditional rolls as well. Although the Wakaku Restaurant specialises in sushi and sashimi, their full menu showcases a more holistic Japanese dining experience. Dining Menu (July 2019) 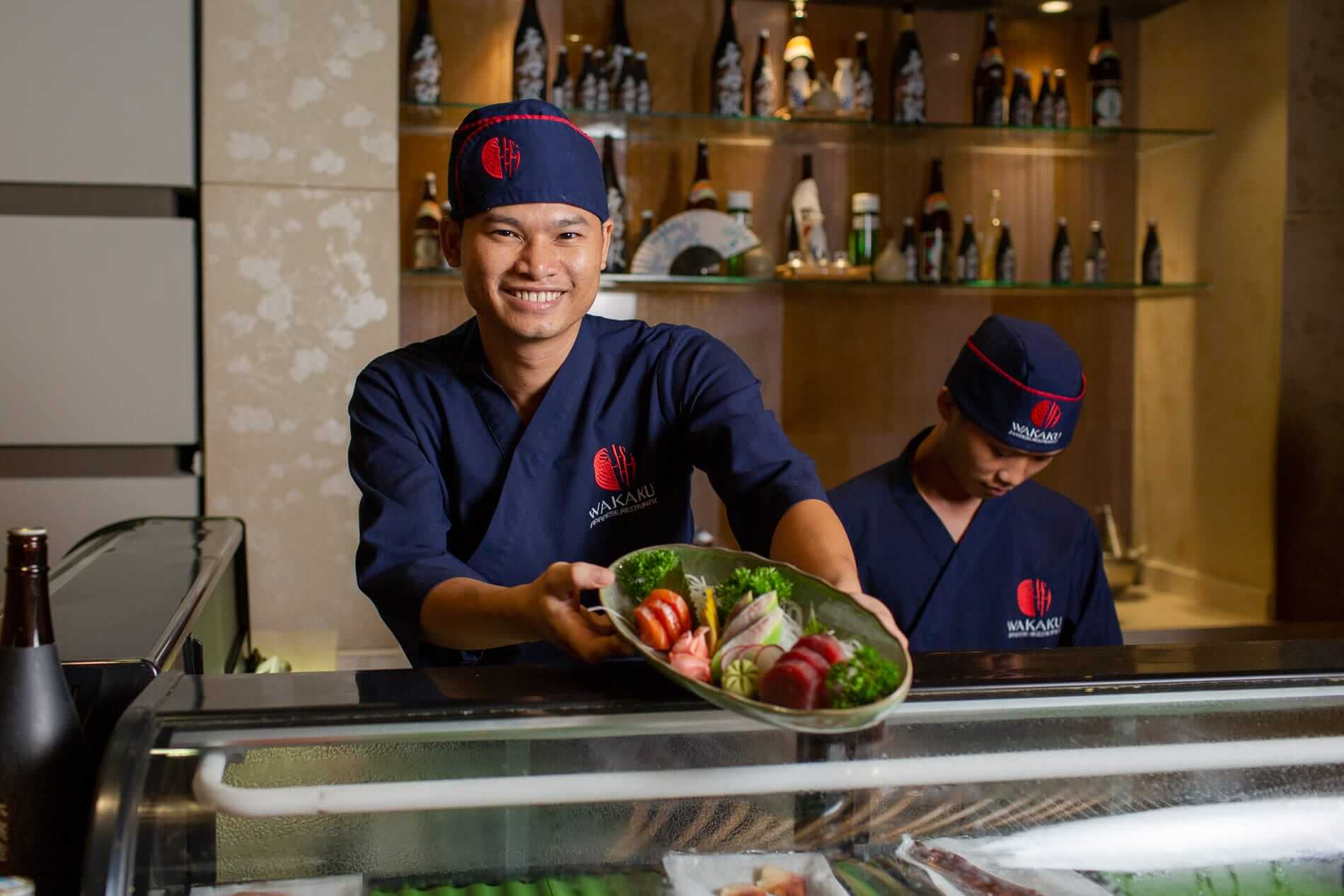 One of the menu’s delightful surprises is the inclusion of a robust range of rotobayaki, traditionally grilled skewers of meat, fish, or vegetables. If you really want to treat yourself, add a couple of skewers of wagyu beef cubes or chicken and leek to round out your meal.

Of course, no meal is truly complete without a few deep fried offerings. The Wakaku does an excellent tempura with delicately fried crisps on their standard menu. But if you are fortunate enough to visit them while they have their chicken karaage special running, Hidden implores you sample it. Mouth-sized pieces of tender chicken that practically melt in your mouth after the satisfying hot oily crunch of their deep fried exterior. Served with a garnish of scallions to balance the deep fried goodness, Wakaku’s chicken karaage is enough to satisfy any glutinous desire.

Like its well-rounded dining options, the Wakaku’s drinks menu offers several types of beverages, with a carefully selected short list, in order to preserve the quality and focus of the dining experience. Their simple, yet intentional selection features three grades of sake, a handful of sake cocktails, Japanese plum wine, three grades of sochu, two types of Japanese beer, and two exceptional Japanese aged whiskeys. The fine whiskeys can be purchased for a pretty penny and only by the glass. But there’s really no compromise when Yamazaki 21, or Hibiki 17 – two coveted, prize-winning whiskeys are on offer.

If you consider yourself to be a more casual whiskey drinker, the Wakaku has got you covered with Japanese favourite, the highball. Comprised simply of soda water and whiskey, highballs are a refreshing alternative to beer and an ideal companion drink for a hearty Japanese meal. What’s more, when ordering a large highball, the Wakaku replicates a popular Japanese game of chance right there at the table – throw two dice, and if you roll doubles, you get twice the highball! Drinks Menu (July 2019) 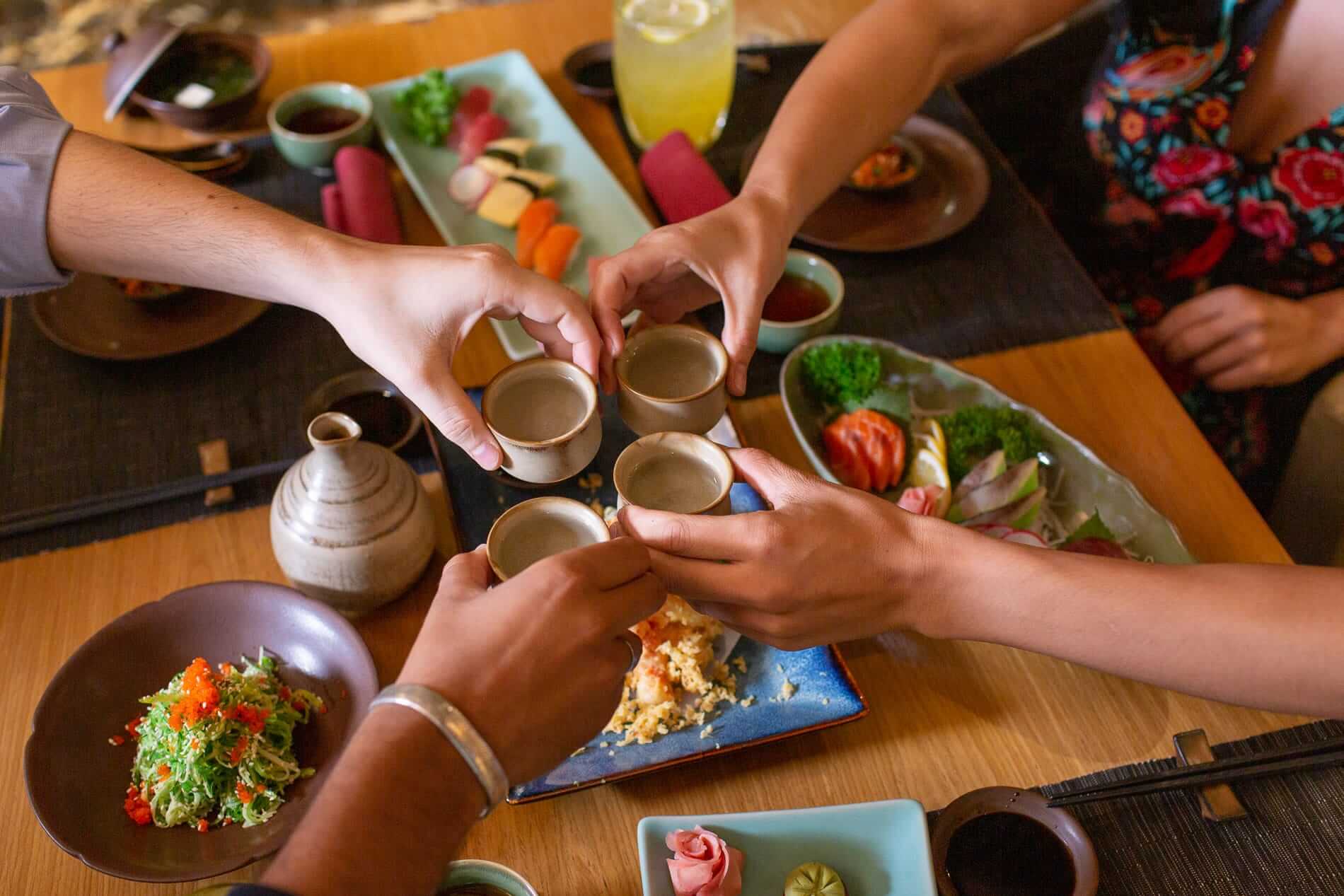 A high-end Japanese dining experience is always a treat, and to have one quietly nestled in Hoi An is truly a blessing. The Wakaku Restaurant experience is transportative – taking you home to the Japanese restaurant that you might go to on special occasions. The dining experience, coupled with the familiarity of the interior, whisks you away to a proper Japanese restaurant . It doesn’t feel like dining at the beaches of Hoi An or the family-run restaurants with swivel fans. It’s something else, and a welcome something else at that. 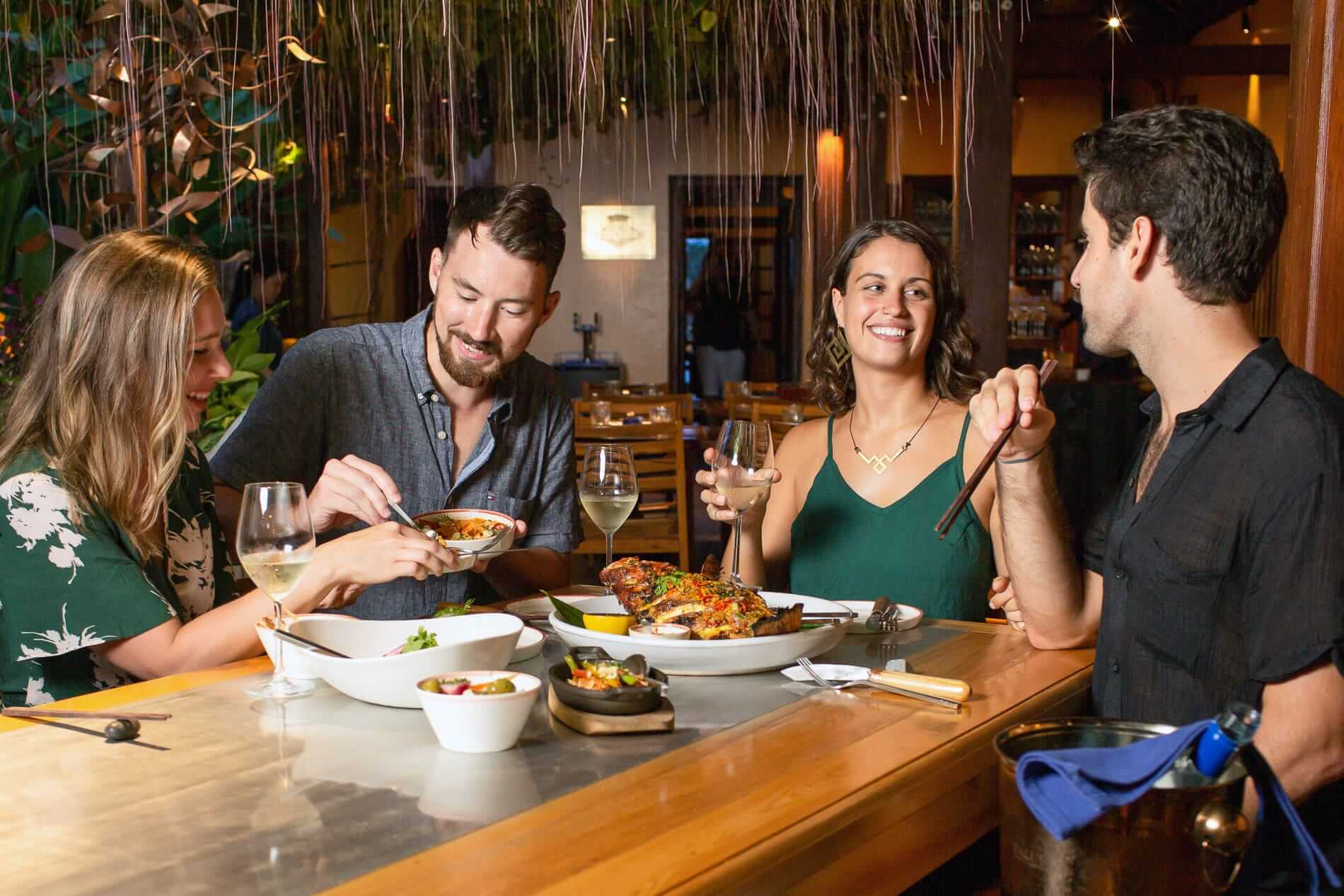 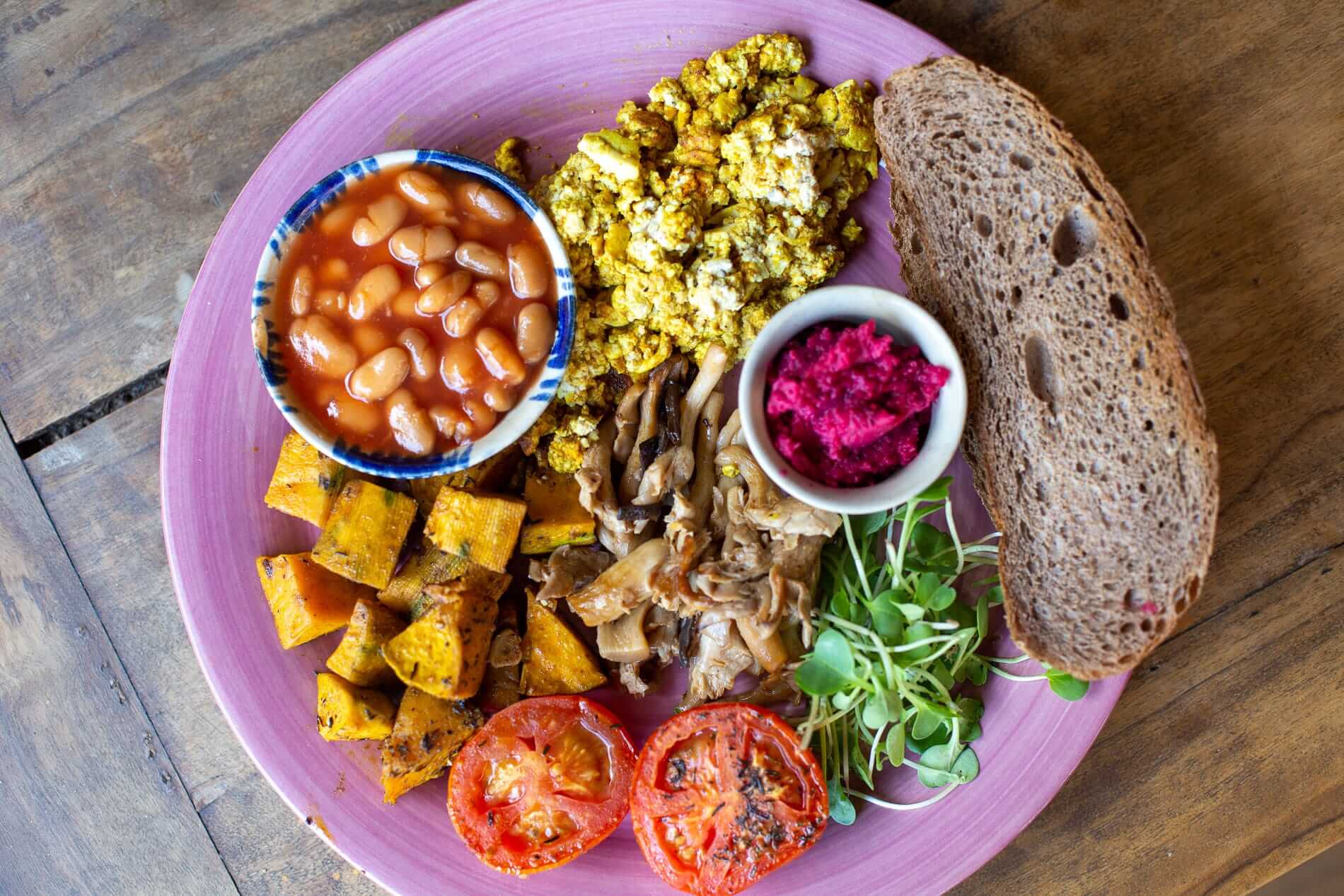 The Best Breakfast and Brunch in Hoi An