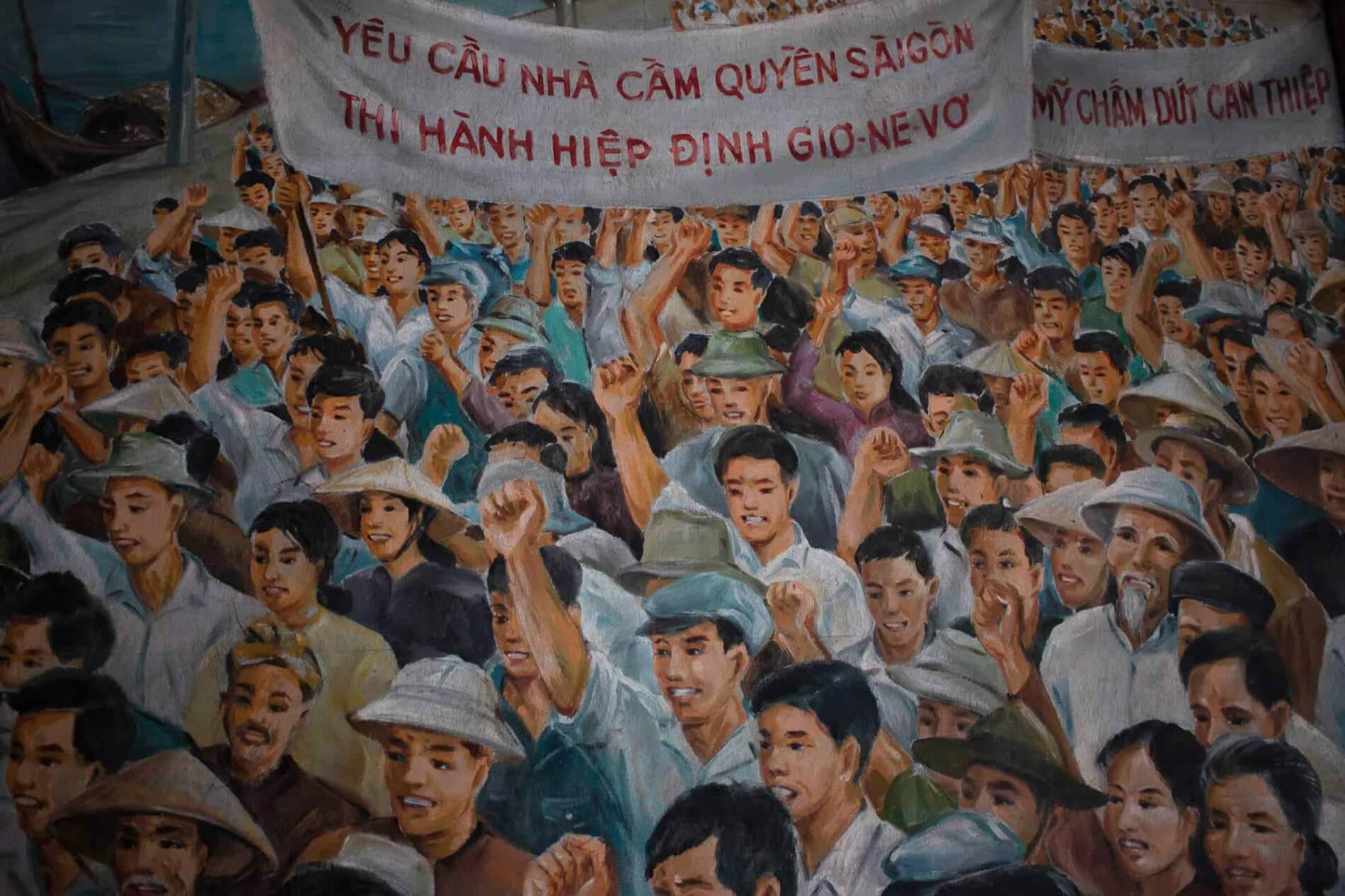 Have you ever wondered how Hoi An has remained so uniquely preserved throughout the centuries? That itself is a good story, but there are so many others. This is a town with an amazing history. For starters, it was one of the biggest trading ports in the 17th century with the Chinese, Dutch, Portuguese, and Japanese all trading here. Hoi An’s history is so colourful—from its many invasions and their leftover influences on the town. Fortunately, this history is captured in Hoi An’s four museums detailing the region’s rich history.

Managed by the Centre for Cultural Management and Preservation, the museums are either free or require an Old Town Entrance ticket to visit. Hoi An Museum Tickets cost just 120,000 VND (5 USD).  They are available for purchase from one of the Tourist Information kiosks. Check out our Hoi An Old Town Tickets article for all the info. This ticket allows you to visit the museums as well as any five of Hoi An Heritage Sites over the course of your stay.

In this article, Hidden delves into Hoi An’s past through its museums. If you’d like to see them all, or just one or two, we can help you make an informed decision.

A Brief History of Hoi An

Vietnam was conquered by the Champa Empire in the 2nd century. The Cham people ruled over most of Southern and Central Vietnam until 1832. Then they were absorbed and conquered by Northern Vietnam and the Nguyen dynasty. The Champa empire grew very rich on the spice trade from the 7th to 10th centuries. During this time, Hoi An rose to prominence as ‘the’ international port in Vietnam. By the 17th century, Hoi An was the most important trading port on the East Vietnam Sea, and it remained that way until the 19th century.

The spice trade brought Hoi An prosperity, as well as making it a perfect maritime highway for the exchange of goods, styles, and ideas. Merchants from many parts of the world (including the Chinese, Japanese, Dutch, and Portuguese) kept houses in Hoi An because of how central it was to the commercial life of Southeast Asia.

One of the primary ways historians know of Hoi An’s influence is through Shipwreck Pottery. These remains were excavated from sunken ships and have demonstrated that Vietnamese ceramics made it as far as Egypt and Persia! This is the main story told at the Museum of Trade Ceramics.

Uncovering the History of Hoi An: Hoi An’s Best Museums

Hoi An’s museums help tell the story of how the town became one of Vietnam’s most illustrious and beautiful urban gems. Its story begins at the Hoi An History Museum which provides you with an excellent first chapter in the saga of this ancient city.

Hoi An Museum of History and Culture

The Hoi An History museum is located on the second floor of the ancient Quan Yin pagoda. Originally built in the 17th century by Minh Huong villagers to worship Guanyin (the Goddess of Mercy). The museum is adjacent to the Guan Yu temple and is in central Hoi An. At one point, the pagoda was magnificent. But the years have taken their toll and it’s now in need of some minor upkeep. It’s worth a visit, simply to see the building, and the exhibit itself will only take an hour of your time. It’s often quiet here, unaffected by tourist crowds, so most of the time you have the place to yourself.

Hidden Hint: Visit the museum early, before the heat, or in the evening, as the building is not air-conditioned.

The collection is organised into four sections. Together, these exhibits house artefacts ranging from the ancient to modern spanning nearly 2,000 years.

“The Exhibition of History and Culture”

This area focuses predominantly on when Hoi An was the main trading port in Vietnam (1400-1800 A.C.E.) with some early/prehistory information.

“The Exhibition of Revolutionary History”

This section takes you through the French Occupation and the Vietnam War. There are some very powerful pieces that anybody interested in the War should not miss.

“The Exhibition of Hoi An’s Ascent from Hardship”

This area showcases Hoi An’s current prosperity. There is also a nice collection of Cham sculptures and some pieces of Shipwreck Pottery.

The gallery houses 38 paintings by 18 artists. portraying daily life in Hoi An and the surrounding landscape.

Hidden Hint: After you have studied the collections don’t miss going up to the top floor of the museum to get one of the best 360-degree views of the old town as well as a welcome breeze.

Hidden’s Thoughts on the Hoi An Museum

For such a rich history, the space itself is small and we’d love to see the pieces organised a little better. But that said, this museum is still a worthwhile site on the Hoi An Heritage Ticket circuit. It has some great, stand-alone pieces and if you look deeper it is actually a very local poignant display. Making the ever so subtle point that it was the determination and fight of the Vietnamese people (at the time considered somewhat amateurs) that overthrew the greatest military power of the time—America.

The museum also offers a quiet reprieve from the busy Hoi An bustle. In addition, the views over the entire town from the top floor only emphasise how far Hoi An has come.

Hoi An Museum of Folklore

This lovely, old, two-story house is home to the Hoi An History Museum of Folklore. It is the largest two-story wooden building in the Old Town; at 57 metres long and 9 metres wide. The building spans a full block, but you can only enter it from the riverfront side.

Visiting here is an excellent way to pass an hour of your time. The building itself is magnificent, and wandering through gives you a sense of the “oldness” and authenticity of Hoi An. The dark wood keeps the interior feeling fresh and cool, even in the hottest part of the day.

The exhibits are splendid and present a very in-depth look into the lives of the craftsmen, farmers, fishermen, and labourers of ancient Hoi An. The Folklore Museum pieces have insightful, coherent explanations and captions.

The spice trade brought Hoi An prosperity, as well as made it a perfect maritime highway for the exchange of goods, styles, and ideas. Merchants from many parts of the world (including Chinese, Japanese, Dutch, and Portuguese) maintained residences in Hoi An because of how central it was to the commercial life of Southeast Asia. One of the ways historians know of Hoi An’s influence is Shipwreck Pottery. The remains excavated from sunken ships have demonstrated Vietnamese ceramics made it as far as Egypt and Persia! This is primarily the story told at the Museum of Trade Ceramics.

Well laid out, easily navigated, and with the added bonus that you can sit back and watch a show. All this contributes to making this museum the most popular in Hoi An and hence it attracts the larger tourist groups and families.

Hidden Hint: Go early or later in the day as, unlike the Hoi An Center for Cultural Heritage, this museum is a popular attraction for tourists and often lures in the tour bus hoards.

Going further back in time than the History of Folklore, the Sa Huynh Culture Museum provides a glimpse into the lives of the Ancient Champa and Sa Huynh cultures. Most of the artefacts date from anywhere between 1000 B.C.E. to 300 A.C.E. This museum is charming and small enough to simply peruse and yet interesting enough to tickle your imagination.

The museum hosts artefacts such as bowls, tools, weapons, and jewellery from ancient times. Considered to be the most unusual collection of Sa Huynh artefacts in Vietnam.  A well-displayed exhibition that doesn’t burden you with unnecessary reading. It is much more specialised than Hoi An’s other museums. Geared toward those specifically interested in this period of history. It’s therefore unlikely to hold the attention of children like the more family-friendly Museum of Folklore

Hoi An Museum of Trade Ceramics

The Museum of Trade Ceramics resides in a spectacularly restored wooden building dating back to 1858. This museum catalogues the fantastic history of Hoi An’s prominence as the trade centre of Vietnam from the 16th to early 19th centuries. It hosts a decent-sized collection of ancient ceramics unearthed during digs around the town. So you can view pots, urns, vases and even the remains of a sunken ship along with some of the traditional machinery used at the time.

Above all, for ceramic and pottery buffs, this is a must-see destination in Hoi An, though we think the history types will dig it, too. Like all the other museums, the building alone is worth a visit since it conveys such a profound sense of “oldness.” There’s a lovely central courtyard where you can have a drink and also great views from the balconies.

The Precious Heritage Museum Hoi An

This museum is the result of an 8-year project from Hoi An based French photographer Réhahn. A well-known photographer and visual storyteller of Vietnam, Réhahn opened The Precious Heritage Museum as both an art gallery and ethnography museum. The space houses photos, music, videos, and traditional costumes documenting 53 of Vietnam’s 54 ethnic groups. Each group represented by a giant photograph, the real costume and a short story presented in French, English and Vietnamese.

This is a private museum, free to enter and therefore it is not necessary to use your Old Town ticket here. It is one of the best ways to understand a little of Vietnam’s diversity. The National Museum of Ethnography in Hanoi is the only place you will find a more comprehensive collection on the topic. But this little museum does a wonderful job of promoting understanding of some of Vietnam’s most vulnerable ethnic groups.

We recommend going to at least one of these museums during your stay. They are really tailored to specific audiences, below is a summary of who they best cater to.

In other words, at the very least, you will gain an appreciation for all the buildings that house these museums. They are some of the finest examples of ancient Hoi An architecture and a reason to visit in their own right. They are a treat to wander around and aid in immersing yourself in the history of the town. However, we think you’ll gain a lot more though, as Hoi An’s Museums do a great job of displaying its fascinating history. So add another layer to your visit, come to one of the museums and learn a little of Hoi An’s history to appreciate it even more.

Map of Hoi An Museums 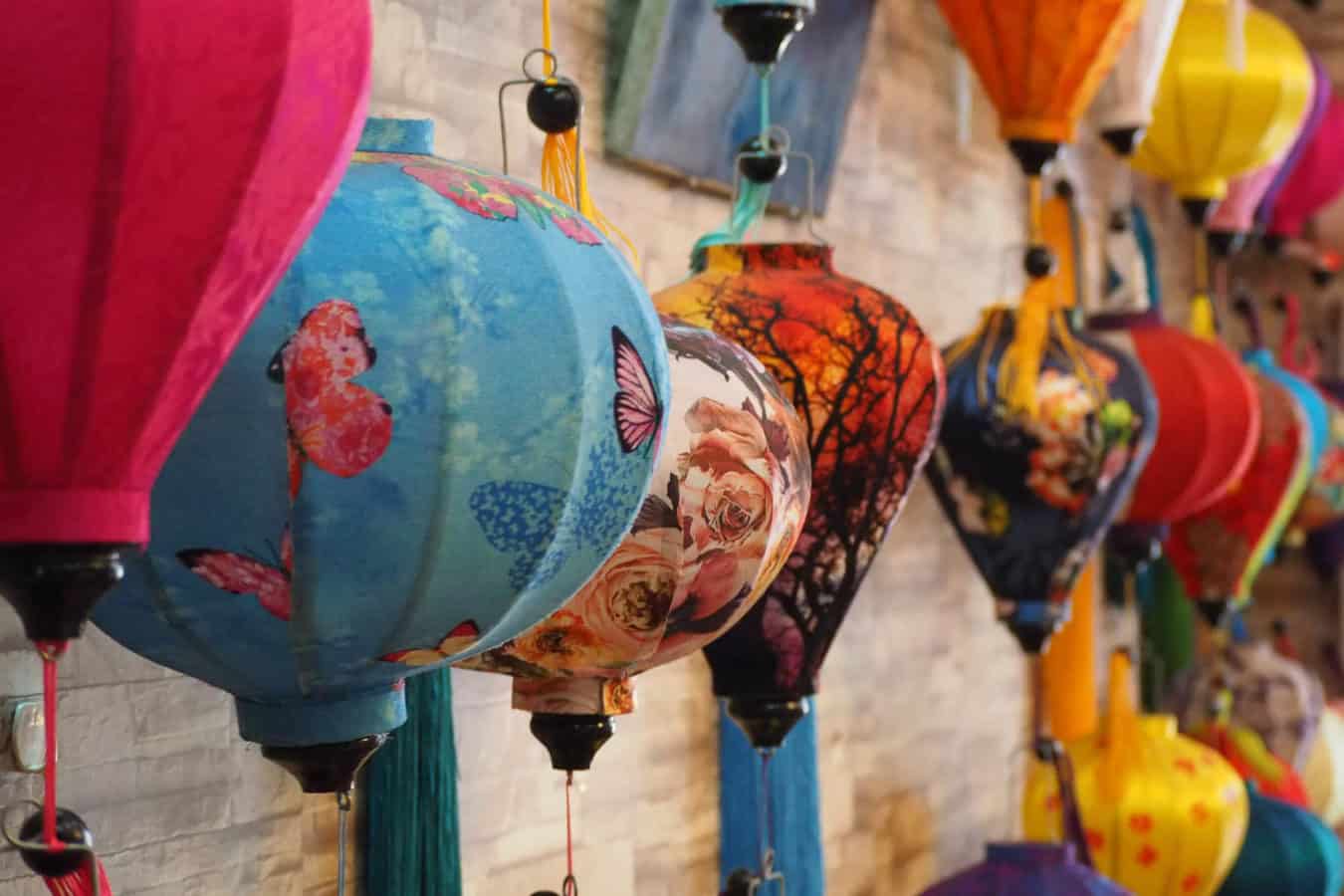 Lantern Making Workshops In Hoi An 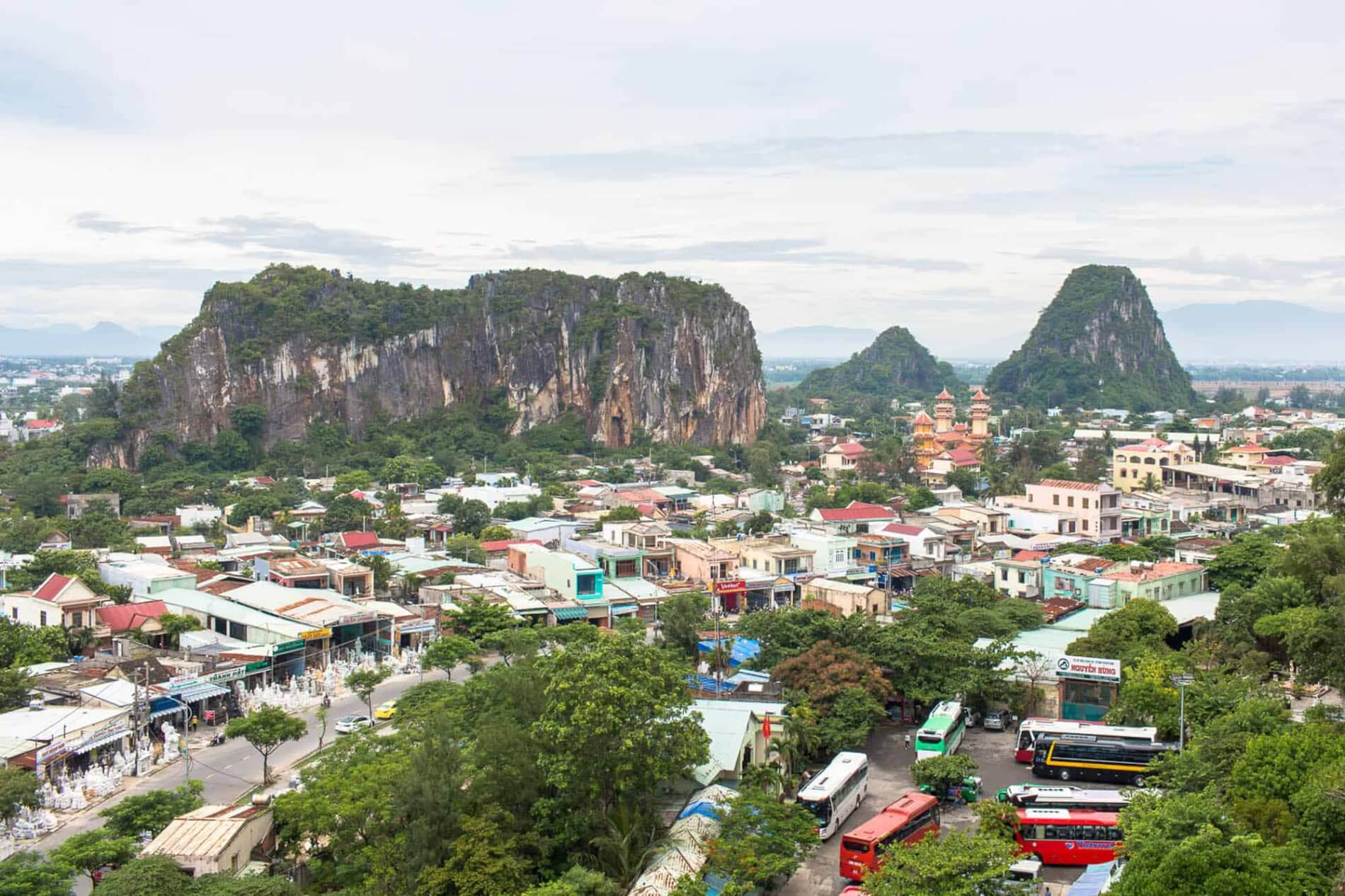 Everything You Need To Know About Marble Mountains