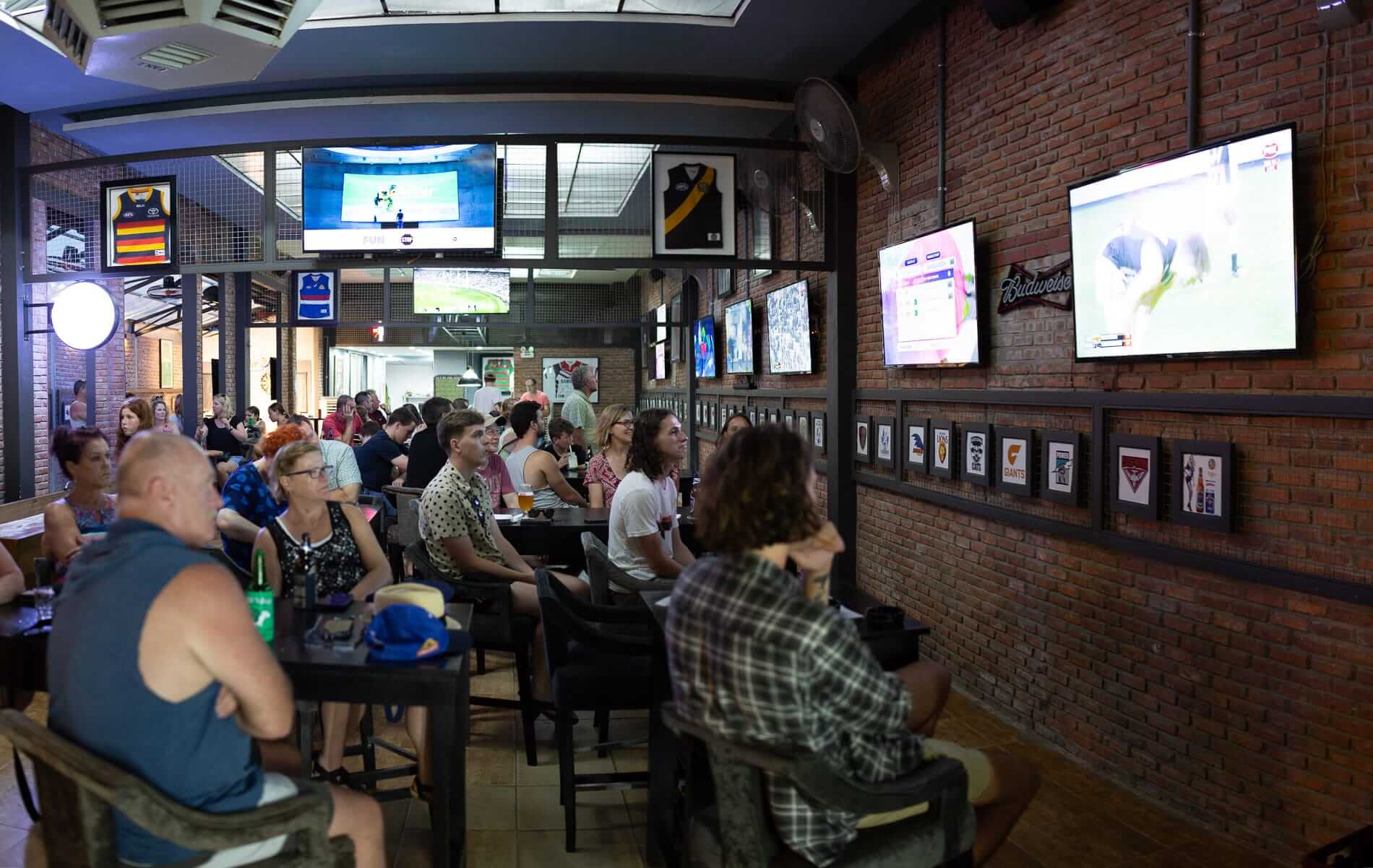 Sports Bars of Hoi An: Best Places to Watch the Game

Visiting Hoi An certainly does not mean you have to miss out on watching your favourite live sports. We’ve done the research on the best bars in Hoi An to watch live-action sports so you don’t have to. We detail exactly what to expect from the different venues in town.  Specifically what is being broadcast, the size, food and most importantly, where to find a great atmosphere.

The availability of different sports shown in Hoi An is now vast. Meaning you can be pretty sure that if the sporting event has been televised, someone in Hoi An will be showing it.  The English Premier League (soccer), AFL (Aussie Rules), rugby (NRL/Super League), Formula 1 and cricket are among the many sports screened daily here in Hoi An.

If the event you’re looking to watch is a little more obscure, it is well worth getting in touch with the bar directly.  They’ll let you know in advance if they are able to show it. Otherwise, once at the bar, don’t be shy. The staff at all the venues Hidden visited were very accommodating in finding the sporting events we asked for. We had a 100% success rate with some pretty niche requests!

Below are Hidden’s picks of the best places in Hoi An to watch the game of your choice. There are two dedicated sports bars in Hoi An.  Following these are a few other places that are not primarily sports bars, but often do have sports showing.

With 25 large screen TVs the Hoi An Sports Bar can show nine different sports channels at one time. With a selection of over 300 sports channels, you’re going to find the right sport with commentary from the likes of Sky Sports, Fox Sports and ESPN to name just a few. This dedicated sports bar is a favourite amongst sport fanatics looking for a big atmosphere at a big venue.

The bar houses around 150 seated sports fans. AFL, NRL and Premier League games get really busy.  So this venue is perfect for those looking for that electric sporting atmosphere.

Hidden Hint: On the off-chance that one of your preferred games isn’t being shown just ask their very friendly staff for assistance. 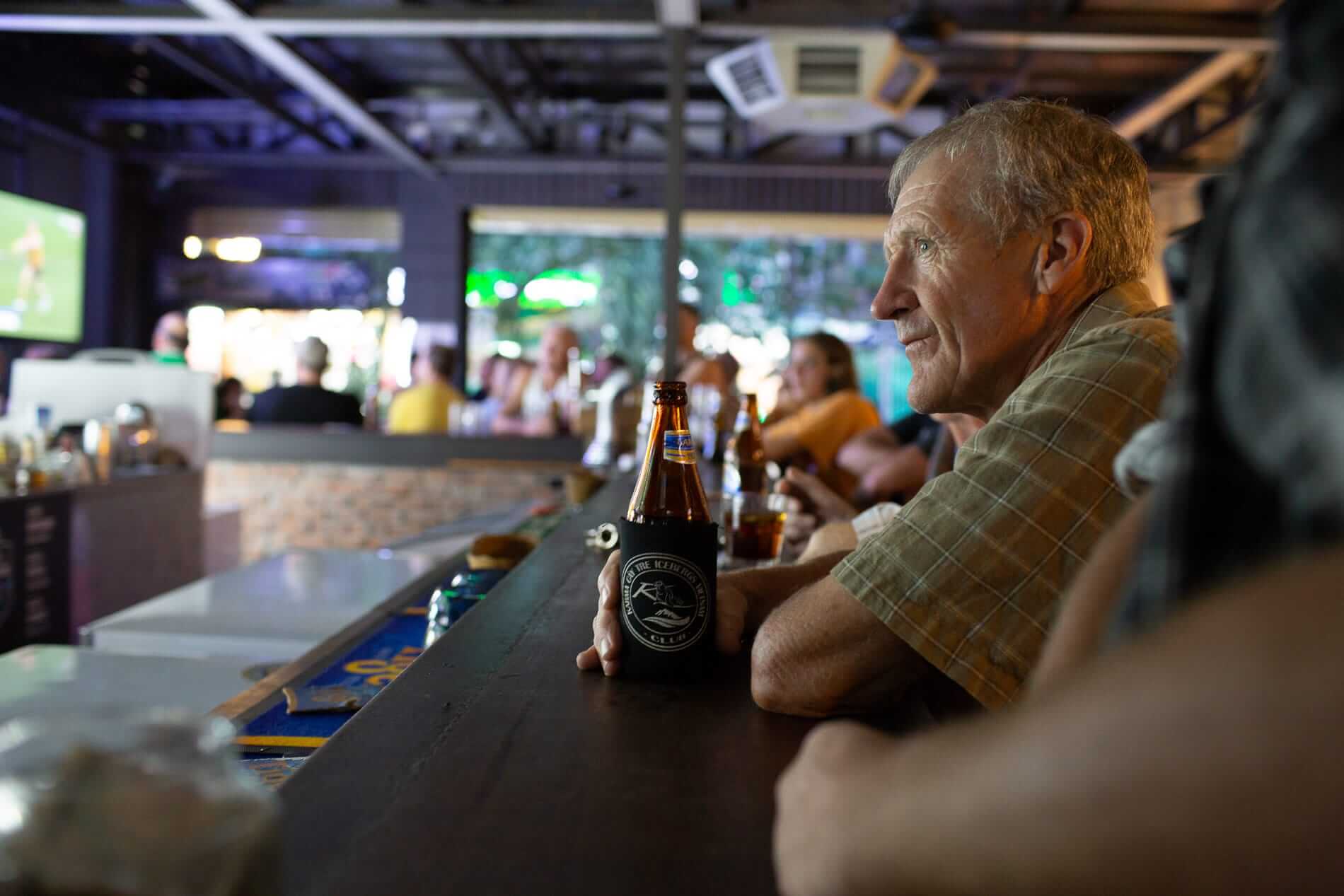 Food and Drink at Hoi An Sports Bar

For thirsty fans, a huge selection of beers and crafts are available on tap and in bottles at reasonable prices. Hungry? Try some of the bar’s great western food selection, which includes pizzas, hot dogs and homemade Aussie-style meat pies.  These all have the same great taste as their long-standing sister business Dingo Deli. A new BBQ area has been put in place that sells a great Australian steak buffet for 299,000VND (13 USD). This will soon expand to include freshly cooked burgers straight from the grill over the weekend. Check out their full menu in the link above.

The Hoi An Sports Bar is located on the main road heading in to Hoi An’s Old Town. It’s an easy walk down Hai Ba Trung Street from the Old Town.  Therefore it makes it easily accessible for pedestrians plus there’s plenty of parking for bikes.

Hidden Hint: Check out their alternative happy hour, Toss the Boss. From 4 p.m. to 7 p.m. Monday to Wednesday, roll a 1, 2 or 3 on a die and get your drink for free!

Hoi An’s first sports bar aims to show all major sporting events, with three to four games on simultaneously over the weekend.  This bar is very popular with locals, expats and travellers alike.

Along with six large screen TVs in the bar area, there is also an additional screen in the riverside restaurant.  A projection screen with surround sound in the upstairs seating area is also available. This is known as the ‘stadium’ and is used mainly for big games. Visit their website for regularly updated listings of the sport being shown.

While AFL and NRL are the bar’s biggest overall draw, rugby internationals, world cup football and champions league games often draw big crowds. During large events, the smaller venue ramps up the atmosphere making it feel like you’re really a part of the game. 3 Dragons is the perfect place to watch high-intensity games with many like-minded people.

One of the big advantages 3 Dragons has over other venues in town is that it often stays open very late at night to show major games. This bar has a hardcore following of UFC fight fans. The bar looks after them very well with morning fights streamed from the US.  Just drop them a line if you’re looking for any out-of-hours games and they will let you know if they can show it.

For loved ones less interested in watching the sport, 3 Dragons has a quiet terrace out the back overlooking the beautiful Thu Bon River.

Hidden Hint: Check out their weekly half price promos on food at the pub’s riverside restaurant.

Craft, local and imported beer is available here with occasional buy one-get-one free deals on San Miguel throughout the week. A western and Vietnamese menu caters for those with a hunger. We had an all-day breakfast which at 145,000VND (6.30 USD) was tasty and great value for money.

Other Hoi An Bars Showing Sports

Salt Pub is not a dedicated sports bar but it is a fantastic place to watch sports on the beach. This family-friendly bar and restaurant has a similar vibe to an Australian surf club and is known for Aussie favourites – the rugby and AFL.

Although it may not have the same big atmosphere during games as the Hoi An Sports Bar and 3 Dragons, Salt Pub is especially good for families and travellers wishing to stay updated on the score in a laid-back setting.

Hidden hint: Salt Pub is not on the main An Bang strip. After crossing the traffic lights at the bottom of Hai Ba Trung St to enter An Bang, take the next road on the right which where 500 metres down the lane you will find Salt Pub clearly marked.

Inside Salt Pub, the bar area is the place to be to watch sports with three large screens easily viewable from the inside seating area. The pick of the spots being the stools at the bar itself. Salt Pub’s big pull, especially at weekends is it’s location right on An Bang Beach. The new outside terrace at the back of the bar offers comfortable sofas to watch the game as well as ocean views. It is one of the most relaxing places to down a few beers in Hoi An.

A wide range of wine, spirits and craft beer are available.  In addition there is a high-quality food menu with Vietnamese favorites and western home comforts.

A large grassed area out the back allows the kids to play safely away from the crazed traffic of Hoi An. Meaning a family day out is very possible here while being able to keep up with your favourite team. 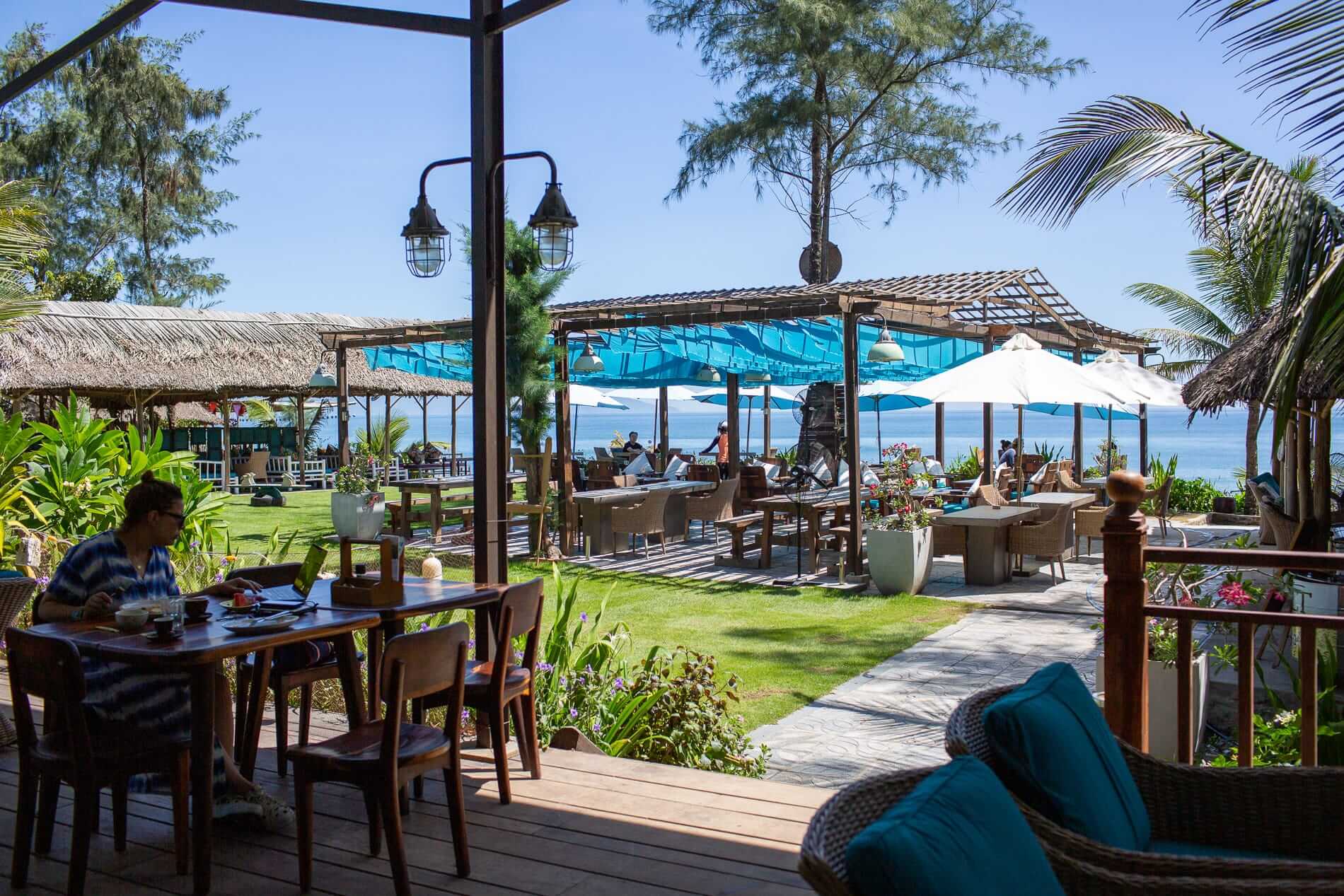 As ever in Irish pubs, the Shamrock has some TV’s dotted around showing the big games. The Shamrock is one of the very few bars showing sports on An Hoi Islet and is open until midnight. As expected with its location, prices are higher than other venues but it provides the “craic” while you watch your game. If you’re looking to watch the game with a younger crowd you will find it here.

Another of An Bang’s bars that show live sports without being known as a dedicated sports bar is Bungalow Beach Bar. This intimate pub has two small screens that occasionally show popular live-action games.

Hidden hint: With 20 beers on tap, Bungalow Beach Bar has the largest craft beer selection in Hoi An, featuring beers from the best breweries in Hoi An, Da Nang, Hanoi and Saigon.

It’s not just foreigners who are big on sports. During the AFF (Asean Football Federation) Championship, Vietnamese fans watch with anticipation from all sorts of venues across the city. Hundreds of tiny plastic chairs cram around TVs and projection screens in homes, cafes and bars. Every Vietnamese victory sees thousands flock to the streets for chaotic celebrations. Supporters light flares, wave national flags, blow vuvuzelas and honk motorcycle horns throughout the night. By a long mile, Vietnam’s favourite foreign sport is English football and games can be seen in cafes throughout Hoi An.

The Premier League is one of the most ‘in demand’ sports in Hoi An. The Hoi An Sports Bar is Hidden’s pick for the best place to watch these games in Hoi An. The huge amount of screens means that up to nine different games can be shown at one time. 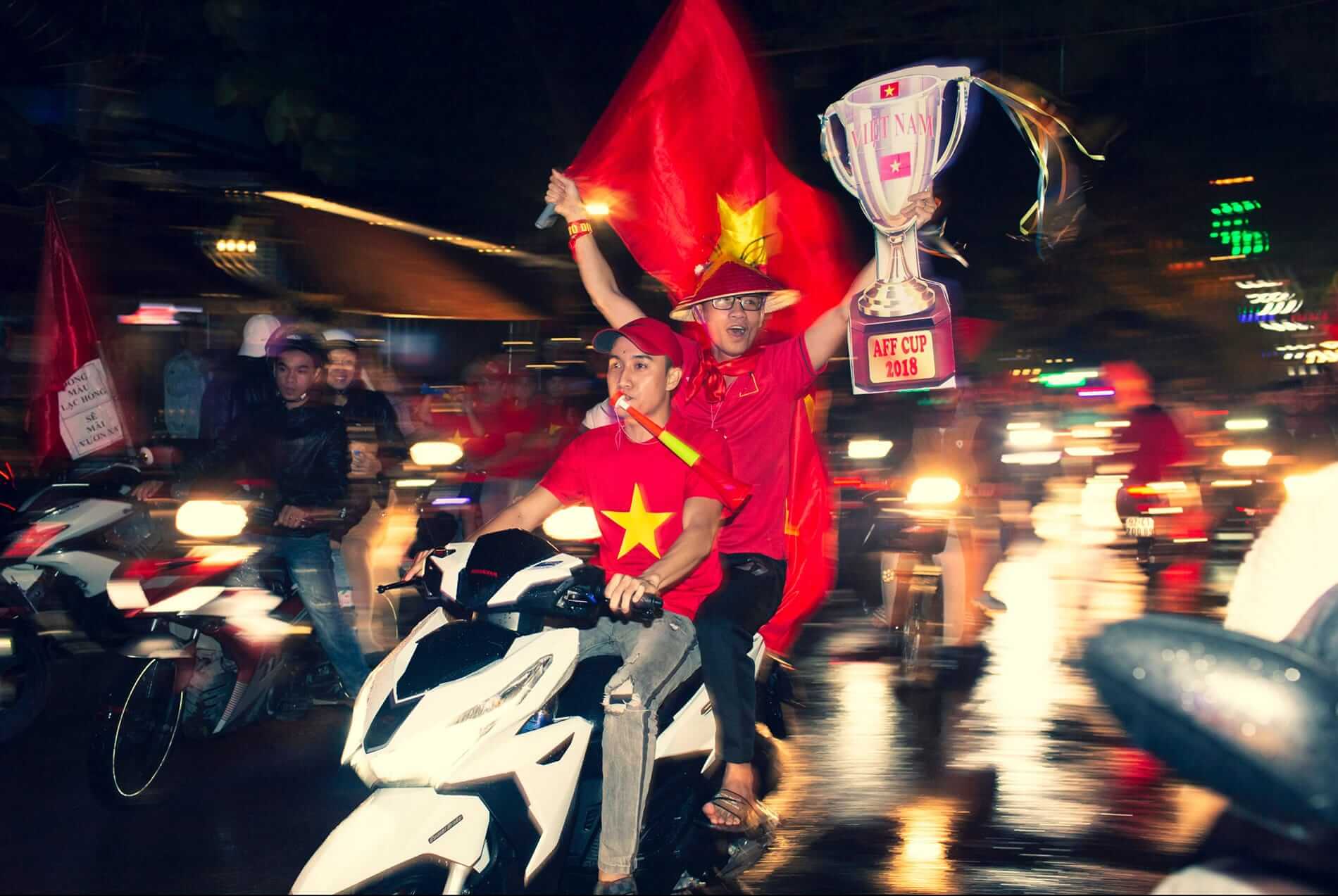 Where to Watch AFL

Due to Vietnam’s proximity to Australia, there are more than a few Aussies living and travelling in Hoi An. Thus making live AFL games extremely sought after and popular. The Australian owner at 3 Dragons ensures all the AFL games are shown and there is normally a good crowd.

For weekend AFL Salt Pub down at An Bang is a good option for those with families who want to watch the games with a less intense atmosphere. Weekend roasts here are a favourite to accompany the game.

For the big atmosphere and plenty of seating, the Hoi An Sports Bar is the favourite of expats and regular visitors wishing to watch the game in comfort.

Where to Watch Rugby

Super League and NRL rugby is becoming more requested in Hoi An with more visitors looking to find these games. Both dedicated sports bars in Hoi An now advertise these games with large crowds at both Hoi An Sports Bar and 3 Dragons. In addition, with the Australian team being one of the favourites this year, it is likely this sporting event will also be shown down at An Bang’s Salt Pub.

Where to Watch UFC

With most UFC taking place in the US, many fights are shown live during the morning in Hoi An.

3 Dragons make a point of looking after the UFC fans.  Subsequently they are the guys most likely to get up early to put on the fight for avid fans. With fights screening  at 9 a.m -10 a.m., coffees and the all- day breakfast seem to be the choice of most but the hardened of booze fans. 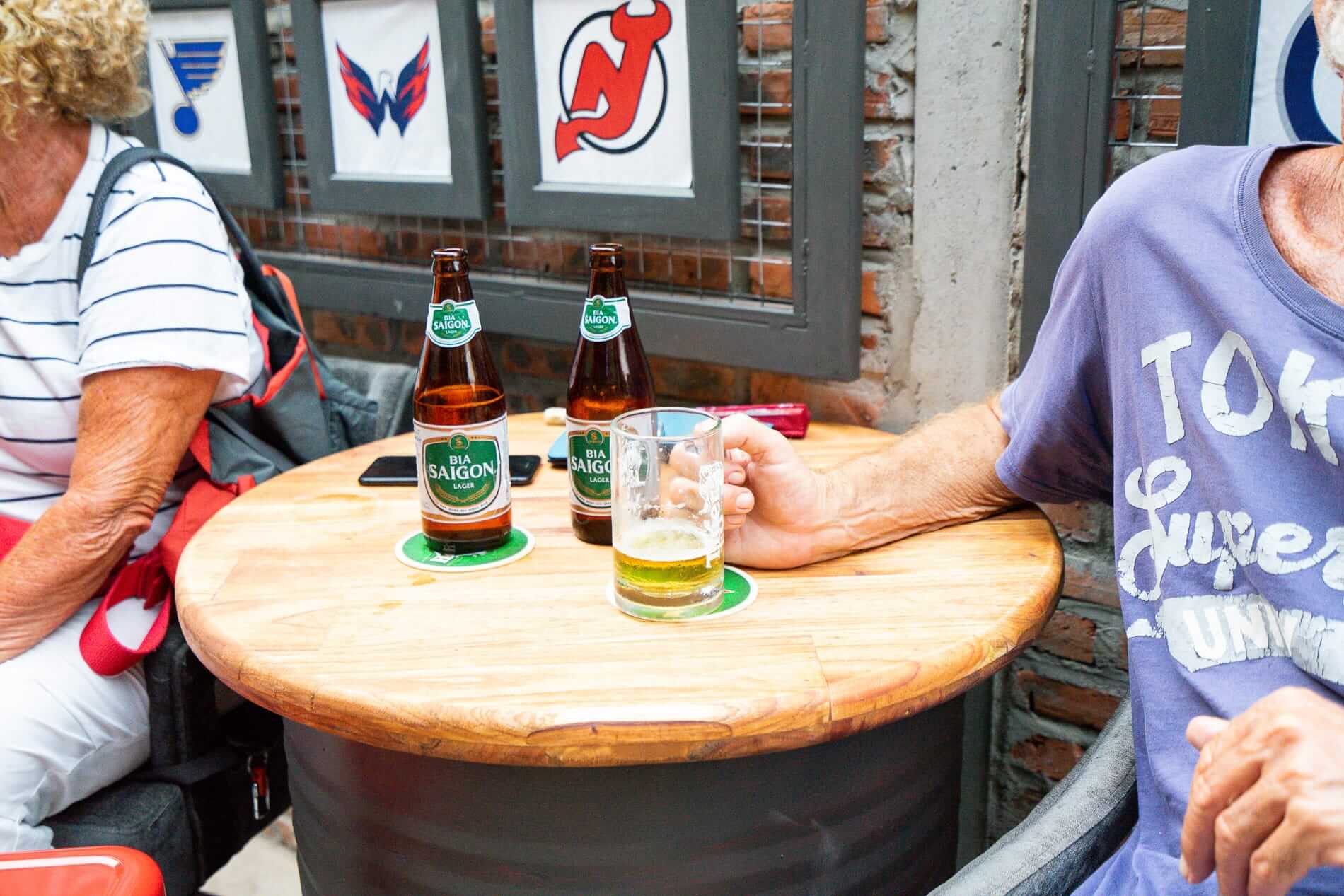 Watching live sports is popular thing to do in Hoi An. Above all, the Hoi An Sports Bar and 3 Dragons are the dedicated sports bars, which always get the big crowds for big events.  But if you’re already down at the beach Salt Pub is now offering more games out of town.

Don’t think that because you’re in Vietnam, the choice of sports or venue will not be as extensive as back home. Hoi An’s sports bars offer a huge selection of sports and the venues are as good, if not better than the average sports bar back home. Of course, one huge advantage will be not paying western beer prices! 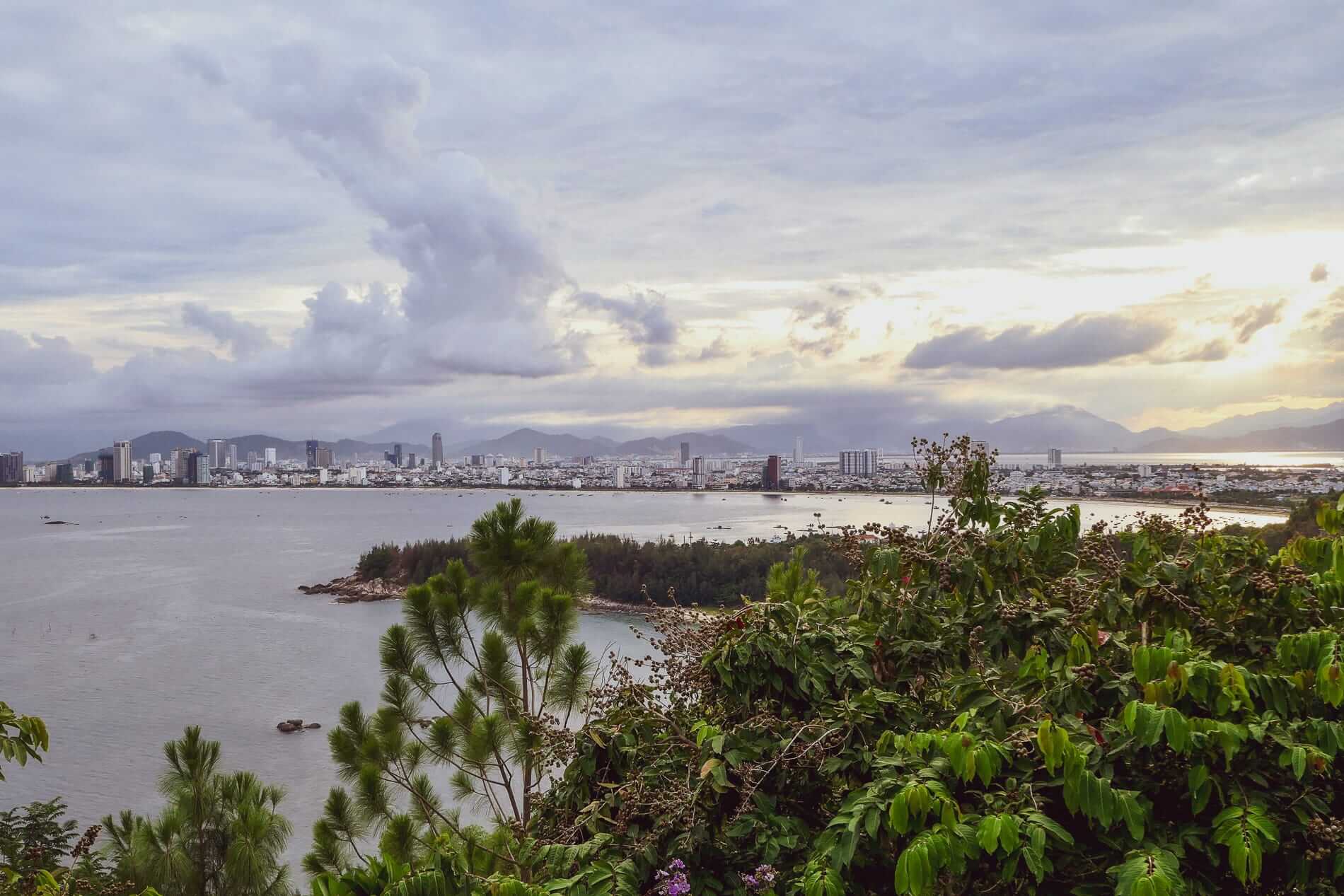 Da Nang Weather: A Month By Month Guide for Travellers 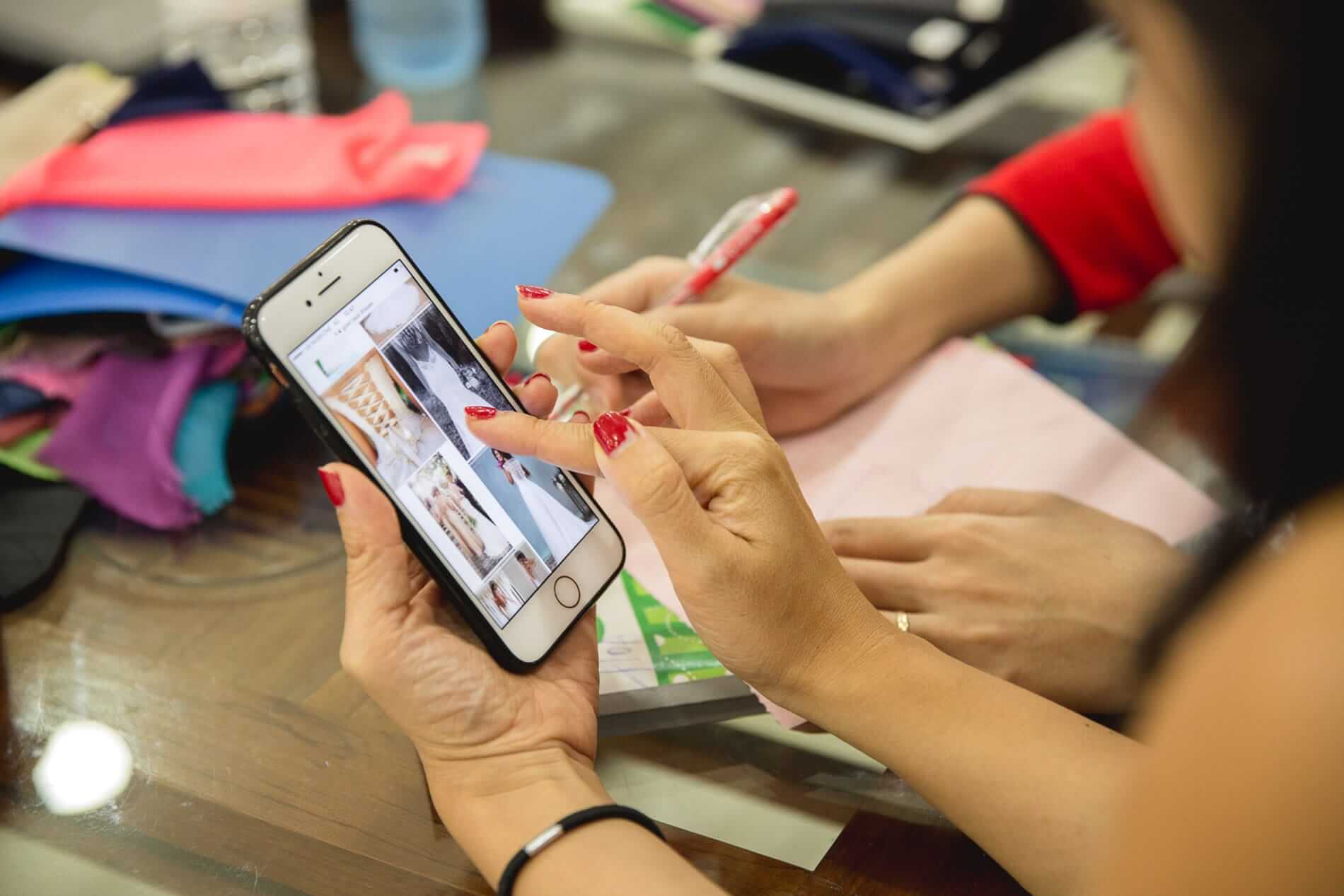 How to Pick the Best Tailor in Hoi An 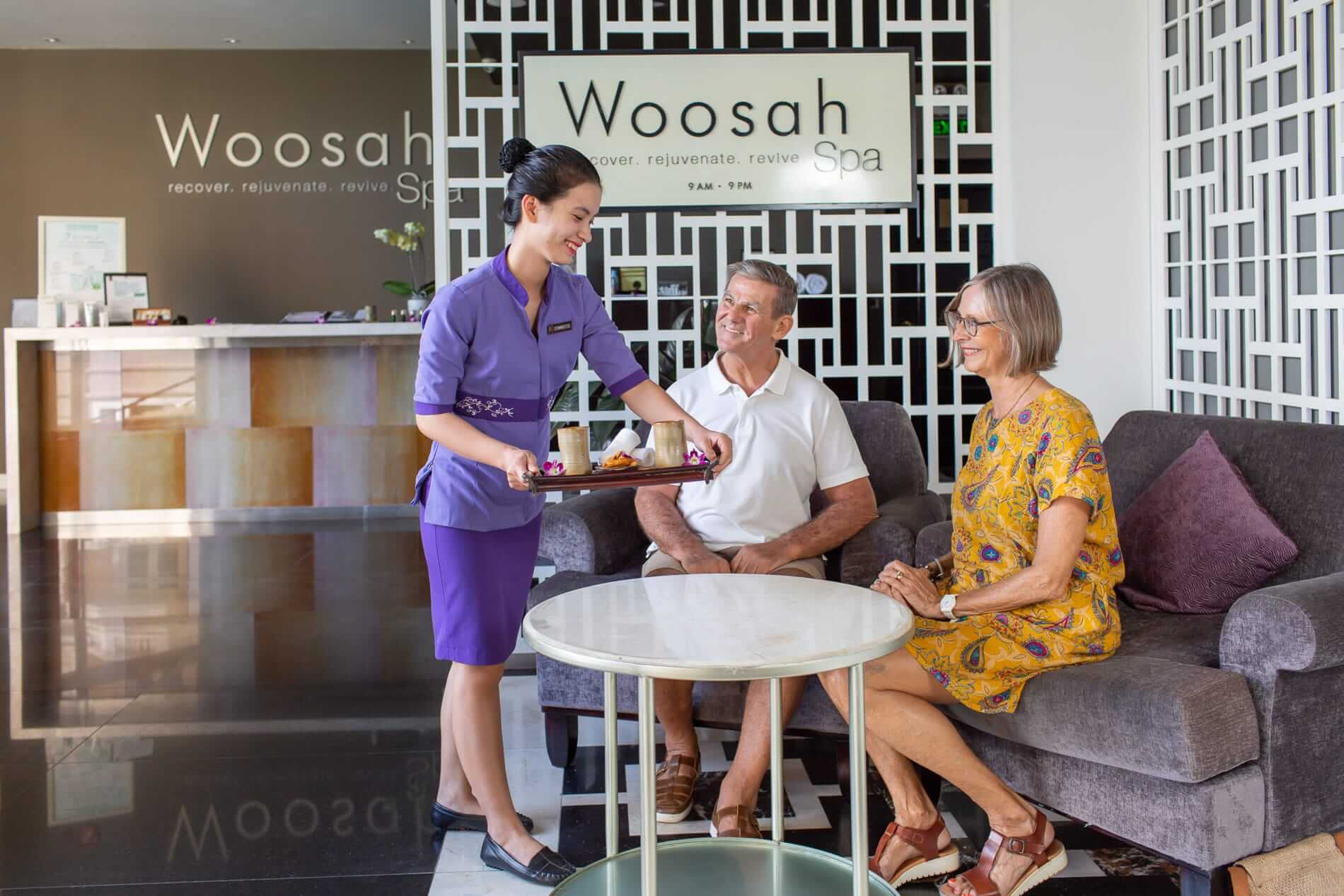